The inquiry's report said the unnamed man 'appeared to be part of a multi-year pattern of predatory behaviour'. 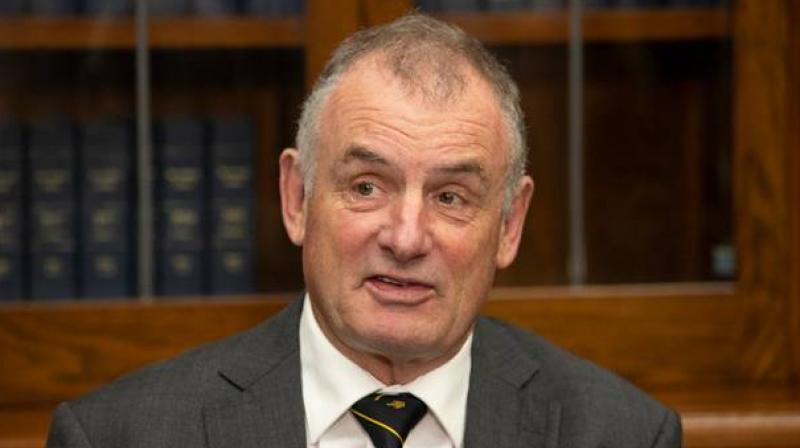 Mallard described the situation as 'intolerable' but said he could not go to police as all submissions to the inquiry were made on the basis that they would be kept strictly confidential. (Photo: Twitter I Trevor Mallard)

Wellington: The lawmaker in charge of New Zealand's parliament said Wednesday he fears a rapist is stalking the building's corridors after an inquiry exposed the toxic work culture that staffers endure.

Speaker Trevor Mallard said he was disturbed by the findings of the independent inquiry, which said bullying, harassment, and other abusive conduct was rife in the parliamentary precincts.

The most serious accusations concerned three sexual assault allegations against an unnamed man, which the inquiry's report said "appeared to be part of a multi-year pattern of predatory behaviour".

Mallard, who is responsible for administering the parliament, said such behaviour amounted to rape.

"We're talking about serious sexual assault. Well, for me, that's rape," he told Radio New Zealand, saying he did not know the identity of the alleged perpetrator or victims.

"Reading the report carefully, I get the sense that the man is still on the premises," he added.

Mallard described the situation as "intolerable" but said he could not go to the police as all submissions to the inquiry were made on the basis that they would be kept strictly confidential.

He said he hoped the women involved would contact the police directly and would receive support from rape counselling services.

There are 120 MPs in the New Zealand parliament, known as The Beehive, but the number of people working in the complex swells to the thousands when advisers, bureaucrats, media and security are taken into account.

The five-month inquiry by workplace consultant Debbie Francis was called after allegations against lawmakers from both sides of politics, including that a minister physically attacked a press secretary who she blamed for missing an appointment.

Francis found parliament was a high-pressure, insular environment where unacceptable conduct was too often tolerated.

In a 120-page report released Tuesday, she said there was a reluctance to hold MPs accountable over bullying behaviour, even though some were regarded by staffers as serial offenders.

"The fundamental problem is the power imbalance. It's a master-servant relationship and they're treated like gods," an anonymous respondent told the inquiry.

Others described "creepy" behaviour towards young women and those who made complaints often said they received little support.

Mallard said he was examining Francis' recommendations and was committed to improving parliament's culture.