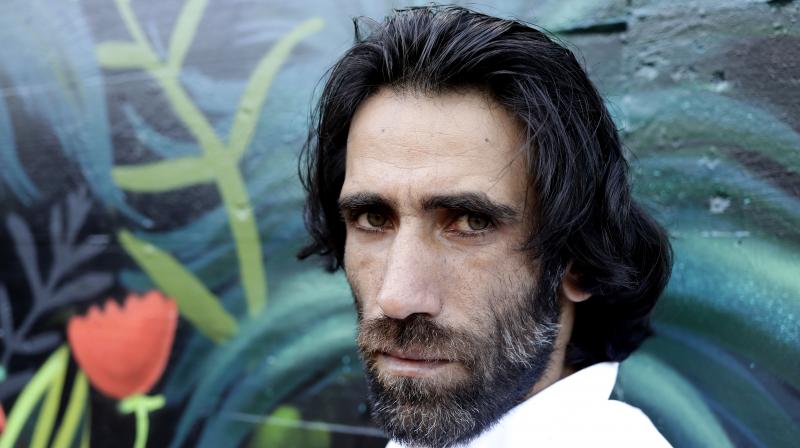 Behrouz Boochani, the Kurdish film-maker, writer and refugee who has documented life inside the Australian offshore immigration camp on Manus Island, poses for a portrait in Christchurch, New Zealand. (AP)

Wellington: A Kurdish-Iranian refugee who wrote an award-winning book on his mobile phone while held in one of Australia's notorious Pacific detention camps has been granted asylum in New Zealand, officials said Friday.

Behrouz Boochani has been in New Zealand since November when he applied for refugee status after attending a literary festival to speak about his six years in limbo under Australia's hardline immigration policies.

Immigration New Zealand said Boochani's application had been successful, which means he has the right to stay in the South Pacific nation indefinitely.

"Mr. Boochani has been recognised as a refugee under the 1951 Convention Relating to the Status of Refugees and its 1967 Protocol," it said in a brief statement, refusing to release further details on privacy grounds.

Reports said the decision was relayed to Boochani on Thursday, his 37th birthday.

"It's very important that now I have some certainty about my future, so now I feel stronger, I feel stable to continue to work here," he told the stuff.co.nz news website.

Boochani painstakingly tapped out his book "No Friend But The Mountains" on WhatsApp while detained in the Australian-run Manus Island migrant camp off Papua New Guinea, which is now officially closed.

He was pulled from a sinking boat in Australian waters in 2013 and held in Papua New Guinea under a policy adopted by Canberra to prevent asylum seekers arriving by sea from setting foot on Australian soil.

His account of his plight won numerous awards, including Australia's richest literary honour, the Victorian Prize for Literature.

"People escaping torture and persecution based on their religion, race, and political activism deserve a place to call home, they deserve protection," she said.

Boochani is reportedly working as a researcher at Canterbury University in the South Island city of Christchurch.

He fled Iran for Indonesia in 2013 when the Kurdish magazine he wrote for was raided by the military for publishing anti-government articles.

He then paid a people-smuggler to take him to Australia but the voyage ended with him being sent to Manus Island.