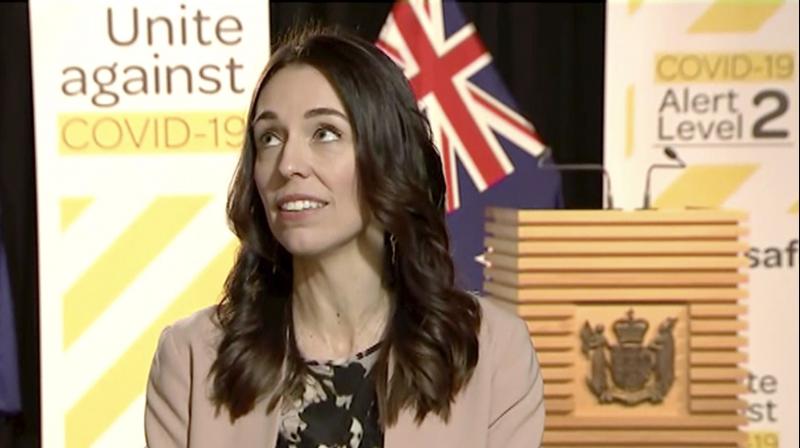 The quake struck just off the coast before 8:00 am local time (2000 Sunday GMT) at a depth of about 52 kilometres (32 miles) near Levin, about 90 kilometres north of Wellington, the US Geological Survey said.

St John Ambulance and New Zealand Police both said there were no initial reports of injuries or damage. There was no tsunami warning.

But there was sustained shaking in Wellington, where Ardern was being interviewed on breakfast television from parliament's Beehive building, which is designed to absorb seismic forces by swaying slightly on its foundations.

"We're just having a bit of an earthquake here, Ryan," Ardern told Auckland-based AM Show presenter Ryan Bridge, briefly looking concerned as she scanned the room around her.

"Quite a decent shake here, if you see things moving behind me," she said, smiling, as she quickly regained her poise and continued the interview.

"It's just stopped," she said. "We're fine, I'm not under any hanging lights, I look like I'm in a structurally sound place."

New Zealand lies on the Pacific Basin "Ring of Fire", where tectonic plates collide generating more than 15,000 earthquakes a year, although only 100-150 are strong enough to be felt.

A shallow 6.3 quake in the South Island city of Christchurch killed 185 people in 2011, while a 7.8 shake slightly further north in 2016 was the second strongest ever recorded in the country.

Ardern canvassed the prospect of a major quake as New Zealand entered a seven-week COVID-19 lockdown in late March, saying it was always a possibility.

"In my mind constantly, as the prime minister of the 'Shaky Isles', is -- no matter what's going on in our lives -- we must always be prepared for that," she told reporters.

The country's official GeoNet seismic monitoring service put the strength of Monday's quake at 5.8 and said there were around 40 aftershocks.

"Felt as a long, strong shake in Wellington. That was not very much fun," one Twitter user wrote.

Another person reported "quite the shake in Wairarapa", east of Palmerston North.

"I hope everyone else is OK," he said on Twitter.