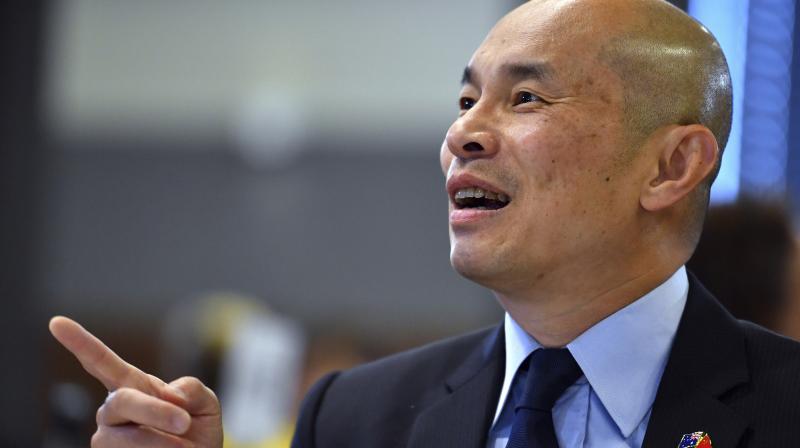 Wang Xining, the Chinese Embassy in Australia's deputy head of mission, speaks at the National Press Club about Australia's call for an independent inquiry into the origins of and international responses to the pandemic in Canberra. (AP)

Canberra: A senior Chinese diplomat on Wednesday likened Australia's call for an inquiry into the coronavirus pandemic to the betrayal of Roman dictator Julius Caesar in a Shakespearean tragedy for the benefit of the United States.

Wang Xining, the Chinese Embassy in Australia's deputy head of mission and its second-in-charge, spoke at the National Press Club about Australia's call for an independent inquiry into the origins of and international responses to the pandemic.

The call has been blamed for a major deterioration in bilateral relations that has resulted in the Chinese government refusing to take phone calls from Australian ministers and disruptions to Australian exports including beef.

“The Australian call came when the United States government was trying all out to blame China for their failure to control the spread of the disease and ... shirk responsibility,” Wang said.

In describing Australia's action, Wang quoted the play Julius Caesar from a scene in which the dictator realizes that his friend Marcus Junius Brutus is among the assassins who are about to knife him.

It is approximately identical to Julius Caesar in his final day when he saw Brutus approaching him: "Et tu, Brute?," Wang said, using a Latin phrase meaning "And you, Brutus?" The World Health Assembly, the governing structure of the World Health Organization, has since endorsed a global investigation into the origins of the COVID-19 outbreak. Wang said that probe had an "entirely different origin"  from the Australian proposal.

China has maintained ministerial contacts with the United States as well as governments of other countries that supported Australia's pandemic stance, including Japan, Germany and France.

Wang denied China was singling out Australia for special treatment by freezing out ministers to send a message to other middle-powers not to speak out.

“I think it's a very lopsided interpretation of what happened between us,” Wang told reporters.

He declined to say whether he thought Chinese-Australian relations would improve after the U.S. presidential election, saying Chinese comment on another country's election would equate to interference in that nation's internal affairs.

"To have an ally is not a problem," he said. "The problem is whether you target a third party with the strength of an alliance."

"If we find any tendency to use the strength of an alliance to strike China down, or press China down" what currently some of the U.S. politicians are doing "then we will express clearly our opposition and our position," he added.