The country had seen only 11 cases until a week ago but the total now stands at 61, with new cases being found daily 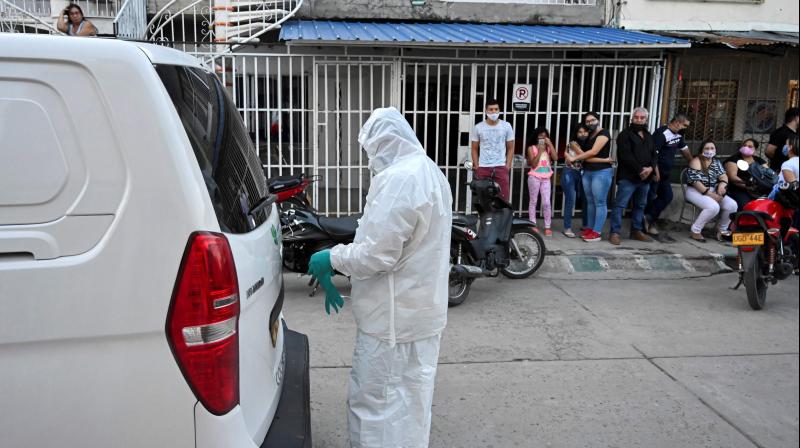 Experts fear a severe COVID-19 outbreak could be catastrophic in a country where malaria, tuberculosis and HIV/AIDS are already problems. (Representational Image: AFP)

Port Moresby: Papua New Guinea's prime minister on Monday ordered a swift lockdown of the capital and warned the number of coronavirus cases will likely explode in coming days, as the country recorded its first confirmed COVID-19 death.

As local testing kits ran out and meagre hospital resources approached capacity, James Marape announced the discovery of 23 new cases in the last 24 hours and said that without drastic action, "numbers will grow out of control."

Papua New Guinea had seen only 11 cases until a week ago. The total now stands at 61, with new cases being found daily.

"The reality is, that based on reputable modelling, the number of cases in Papua New Guinea is much higher than that which has been recorded," Marape warned.

"Based on current numbers, we can expect to see a double in the number of cases every two to three days."

In the face of the country's first confirmed coronavirus death, a 35-year-old man, Marape announced a swathe of restrictions to help curb the spread of the virus.

The capital Port Moresby will close to non-essential business for 14 days from Tuesday, schools will be shuttered and a nighttime curfew imposed.

An AFP reporter saw thousands of people still on the streets of the city late Monday.

Masks will also be mandatory in all public places, and domestic flights from the capital will be banned.

Non-essential public servants may be seconded to help with the virus response.

Papua New Guinea is one of the poorest countries in the Pacific, and hospitals were severely under-resourced even before the global pandemic.

With domestic testing capacity exhausted, samples from suspected virus patients already have to be sent overseas to Australia and Singapore for analysis.

The country's main isolation facility has just 72 beds, and fewer than two dozen are still free.

PNG last week asked for help from the World Health Organization, which is said to be mobilising international emergency medical teams to deploy to the country.

Experts fear a severe COVID-19 outbreak could be catastrophic in a country where malaria, tuberculosis and HIV/AIDS are already problems.

Papua New Guinea is also one of only a handful of places in the world where polio is still endemic.