The Air Niugini plane was attempting to land at Weno airport and ended up in Chuuk lagoon, local media reported. 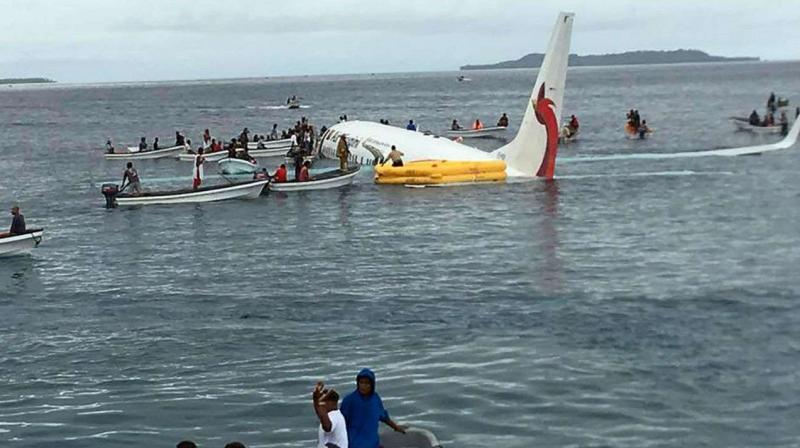 all 36 passengers and 11 crew were safe and no serious injuries were reported, although they were taken to hospital for check-ups. (Photo: AFP)

Wellington: A passenger plane ditched in a lagoon on Friday after overshooting the runway on a remote Micronesian island, local media reported.

Emilio said all 36 passengers and 11 crew were safe and no serious injuries were reported, although they were taken to hospital for check-ups.

He said the cause of the crash was unclear.

"Somebody has to look into that and let us now," he told the news website. "So far, we don't know why they went down."

Photographs and videos posted on Twitter show locals helping passengers into boats beside the stricken half submerged plane.

Australia's ABC reported that Papua New Guinea's Accident Investigation Commission was preparing to send a team to the accident site.