Pak leader likely to be booked for treason over Abhinandan remarks

Posters of Sadiq have also appeared in Lahore, dubbing him a 'traitor' 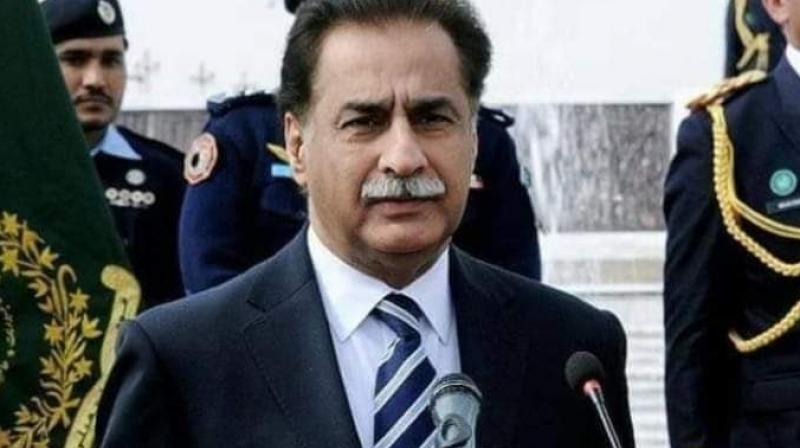 Lahore:The Pakistan government is mulling over registering a treason case against a senior Opposition leader for his controversial statement that the country handed over captured Indian Air Force pilot Abhinandan Varthaman to India under pressure, a top minister has said.

"Legs were shaking and forehead perspiring, and the foreign minister (Qureshi) told us, 'For God's sake, let him (Varthaman) go back now because India is attacking Pakistan at 9 PM in the night'," Sadiq said, recalling the meeting which was also attended by parliamentary leaders, including those from Pakistan People's Party (PPP) and PML-N, and added that "India was not planning to attack...They just wanted to kneel before India and send back Abhinandan."

Responding to Sadiq's remarks, Pakistan Interior Minister Ejaz Shah told reporters that the government was pondering over registering a treason case against Sadiq as police have received a number of complaints against him.

He said those toeing the line of India should better go to Amritsar.

Posters of Sadiq have also appeared in Lahore, dubbing him a "traitor".

A number of posters and banners with pictures of Wing Commander Abhinandan and Sadiq were displayed in the constituency of the former National Assembly Speaker.

The PML-N has strongly reacted to the move blaming the PTI government for 'awarding traitor certificates' to its political opponents.

PML-N Punjab information secretary lawmaker Azma Bokhari said the one who put up "traitor" posters of Sadiq must be having a criminal record like in the past cases registered against the PML-N leadership.

The 37-year-old Indian Air Force (IAF) pilot was captured by the Pakistani Army on February 27 after his MiG-21 Bison jet was shot down in a dogfight with Pakistani jets during aerial combat.

In the early hours of February 26, 2019, the IAF jets bombed the Jaish-e-Mohammad (JeM) terror camps in Balakot in Khyber Pakhtunkhwa of Pakistan and avenged the Pulwama terrorist attack that claimed the lives of 40 CRPF personnel.

Before his jet was hit, Abhinandan downed an F-16 fighter of Pakistan. He was released on the night of March 1 by Pakistan.

In a speech in the National Assembly, Sadiq said that Prime Minister Imran Khan skipped the high-level meeting, which was attended by top leadership, including Army chief Gen Bajwa and Foreign Minister Qureshi.