China accused Indian troops of transgressing into the Doklam area of the Sikkim sector, which it claims as a part of its territory. 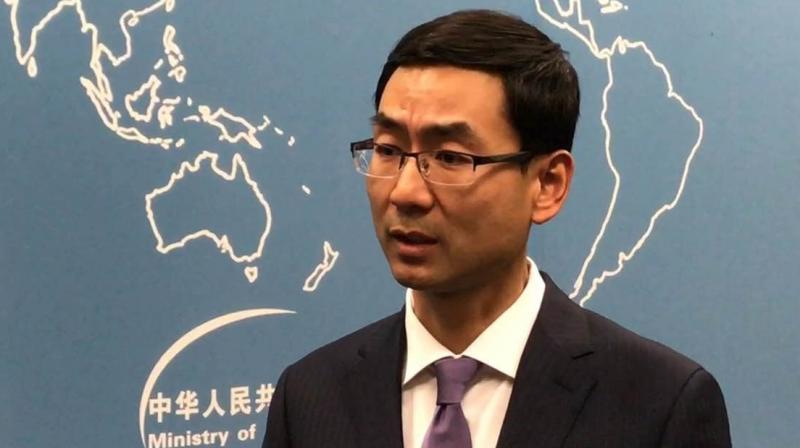 Beijing: The Chinese foreign ministry on Monday dismissed Defence Minister Arun Jaitleys remarks that India of 2017 is different from what it was in 1962, saying China too is different and will take "all necessary measures" to safeguard its territorial sovereignty.

Jaitley who responded to China's oblique reference to the war the two countries had fought 55 years ago and asking India to learn from "historic lessons", had said, "If they are trying to remind us, the situation in 1962 was different and India of 2017 is different."

He had also said that the current standoff between Indian and Chinese troops in the Sikkim sector was triggered by Beijing.

Responding to Jaitleys remarks, Chinese foreign ministry spokesman Geng Shuang said, "He is right in saying that India in 2017 is different from 1962, just like China is also different." He said the border between the two nations in the Sikkim sector is well demarcated under the 1890 Sino-British Treaty.

Read: Sikkim 'incursion' timed ahead of PM's US visit to impress Trump: China

"I would like the Indian side to respect the 1890 treaty immediately and pull back the border troops which have crossed into Chinese territory back to the Indian side of the boundary.

"China will take all necessary measures to safeguard its territorial sovereignty," he warned. Geng also accused India of using Bhutan as a "cover up" for the "illegal entry" into the Doklam area over which Bhutan has lodged a protest with the Chinese government.

"In order to cover up the illegal entry of the Indian border troops, to distort the fact and even at the expense of Bhutans independence and sovereignty, they try to confuse right from wrong, that is futile," Geng said.

He said China has "no objection to normal bilateral relations between India and Bhutan but firmly opposed to the Indian side infringing on Chinese territory using Bhutan as an excuse."

"The Bhutan side does not know previously that the Indian troops entered into the Doklam area, which is not in line with what is claimed by the Indian side," Geng said.

Asked whether any talks are going on between India and China to resolve the Sikkim standoff, Geng said, "After the illegal entry of border took place, China has lodged solemn representations at different levels with the Indian side in Delhi and Beijing."

"The line of diplomatic communication between two sides is open and smooth," he said. Geng Shuang also said that the Indian Army's action there is a "betrayal" of the position taken by successive Indian governments.

He said India needs to observe the treaty and pull back troops immediately from Doklam. "The India-China boundary in the Sikkim section is well demarcated. The action taken by India is a betrayal of the position taken by the Indian governments," he said.

China accused Indian troops of transgressing into the Doklam area of the Sikkim sector, which it claims as a part of its territory.

Bhutan also claims the area as a part of its territory. China also said it has closed the Nathu La route in Sikkim for Kailash Mansarovar pilgrims from India.

"The other route to Tibet through Lipu lake is open as it is located in the middle section where there is no dispute, Geng said.