Reacting to US threats, Pak army official says ‘no amount of coercion can dictate us’

Ghafoor emphasised that Pakistan needed to remain united in order to tackle the challenges it faces. 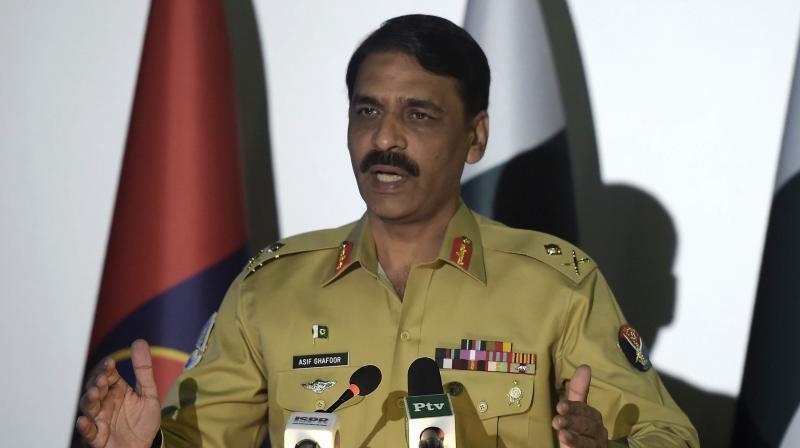 Ghafoor said the US had only reimbursed the expenditure which Pakistan had incurred while supporting coalition forces in Afghanistan. (Photo: AP)

Islamabad: A senior Pakistan Army official said on Wednesday that no amount of coercion could dictate Pakistan on how to conduct its policies and affairs.

"No amount of coercion can dictate us how to continue. We wish to move forward through cooperative engagement but we will not compromise on self-respect and dignity," Director-General (DG) Inter-Services Public Relations (ISPR) Major General Asif Ghafoor was quoted by Geo News as saying.

Responding to a question regarding the US drone attacks in Pakistan, Ghafoor said the country would respond to such acts according to the aspiration of its people.

"The United States has foolishly given Pakistan more than 33 billion dollars in aid over the last 15 years, and they have given us nothing but lies & deceit, thinking of our leaders as fools. They give safe haven to the terrorists we hunt in Afghanistan, with little help. No more!" Trump said on twitter on Monday.

Outraged over Trump's tweet, Pakistan had summoned the US ambassador David Hale to lodge its protest against the tweet.

Ghafoor said the US had only reimbursed the expenditure which Pakistan had incurred while supporting coalition forces in Afghanistan.

He further said better relations with India were not possible till pending issues were resolved between the two sides.

Ghafoor emphasised that Pakistan needed to remain united in order to tackle the challenges it faces.

Meanwhile, Pakistan's permanent representative to the United Nations Maleeha Lodhi said Islamabad's cooperation with Washington was not based on any aid consideration, but "on our national interests and principles".

She added that Pakistan could review its cooperation with the US if it is not appreciated.