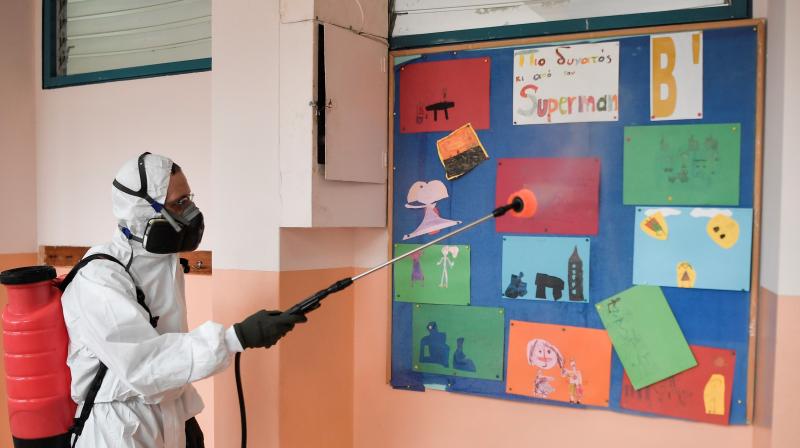 An employee disinfects and cleans the classroom of a kindergarten in China. (AFP)

Beijing: A school security guard injured at least 39 people in a knife attack at a kindergarten in southern China on Thursday morning, state media reported. The motive remains unknown.

The attack was an eerie throwback to deadly attacks at schools in China over past years that prompted security upgrades and that authorities have blamed largely on people bearing grudges or who had unidentified mental illnesses.

The local government in the Guangxi region’s Cangwu county said 37 students and two adults suffered injuries of varying degrees in the attack.

Chinese state media identified the attacker as a security guard at the school surnamed Li. The suspect had been detained while an investigation was underway, they said.

State broadcaster CCTV said 40 had been injured, three seriously, including the head of the school, another security guard and a student.

In earlier attacks, a woman wielding a knife injured 14 children at a kindergarten in the western city of Chongqing in October 2018.

Almost 20 children were killed in school attacks in 2010, prompting a response from top government officials and leading many schools to add gates and security guards.

Chinese law restricts the sale and possession of firearms, and mass attacks are generally carried out with knives or homemade explosives.