Factory authorities said the main site was closed on Monday, and the workers there were conducting boiler maintenance. 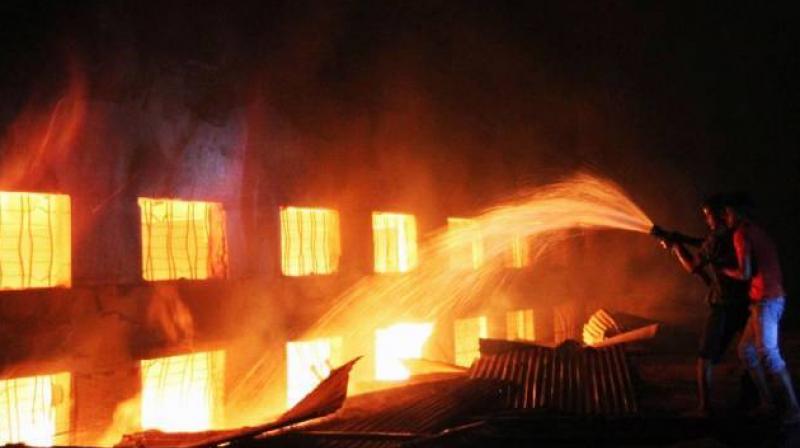 Dhaka: The death toll from a blast at a Bangladesh garment factory has risen to 10 after two victims died in hospital, authorities said on Tuesday, warning there could be more casualties.

Dozens of workers were inside the factory on the outskirts of Dhaka when the boiler exploded on Monday evening, causing a section of the six-storey building to collapse.

The explosion, which occurred when most workers were off for the Eid holidays, is the latest disaster to hit the country's $30-billion garment industry.

In April 2013, the nine-storey Rana Plaza factory complex collapsed, killing more than 1,100 people in one of the world's worst industrial disasters.

"We were meant to open the factory today after the Eid holiday so we were checking the equipment on Monday," said operations director Mesba Faruqui.

"If it had happened today, God forbid, there might have been more casualties." The plant in the Gazipur industrial district is owned by textiles manufacturer Multifabs, which makes clothing for brands including Littlewoods and Aldi, according to its website.

Three workers remain unaccounted for after the latest disaster, and district administrator Mahmud Hasan said the toll could rise further.

"The search and rescue operation is still ongoing. The rescuers are trying to reach the boiler room under the debris to look for any further casualties," he said.

Factory authorities said the main site was closed on Monday, and the workers there were conducting boiler maintenance.

Relatives of missing workers gathered at the factory premises late Monday. "My father is a boiler operator at this factory. He was called on Monday on his day off to work on boiler maintenance," said Mehedi Hasan.

"Ten minutes after my father left home, we heard the news of the blast. And now I came here as he doesn't pick up his phone," he said in tears.