‘No place to be born’: 48,000 births projected in Rohingya refugee camps

Save the Children based its projection of new births on an estimate of how many of the refugees were pregnant. 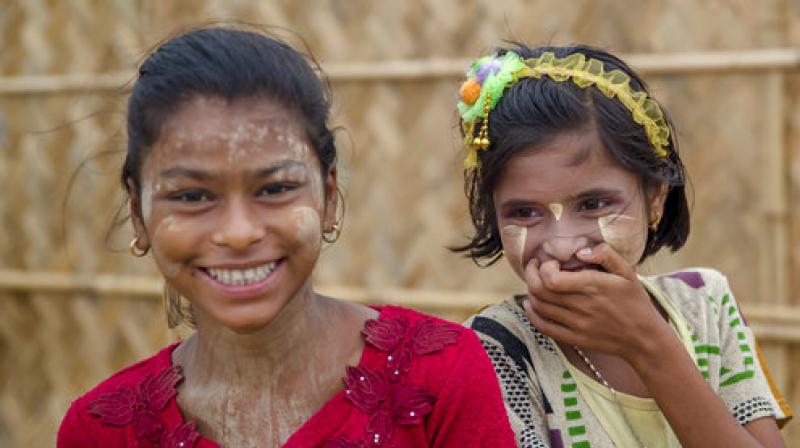 More than 650,000 Rohingya have fled what the UN and others say is a campaign of ethnic cleansing by the Myanmar military. (Photo: File/Representational)

Dhaka: An aid agency projects 48,000 babies will be born in 2018 in the refugee camps for Rohingya Muslims who have fled to Bangladesh after military operations against them in Myanmar. The babies will probably be born in tents in unsanitary conditions and will be at increased risk of disease and malnutrition, and of dying before age 5, Save the Children warned in its report Friday.

“The camps have poor sanitation and are a breeding ground for diseases like diphtheria, measles and cholera, to which newborn babies are particularly vulnerable,” said Rachael Cummings, the agency’s health adviser in Cox’s Bazar, the nearest city to the camps. “This is no place for a child to be born.”

More than 650,000 Rohingya have fled what the United Nations and others say is a campaign of ethnic cleansing by the Myanmar military and Buddhist mobs since August 2017 in Rakhine state in western Myanmar. UNICEF has said almost 60 percent are children. A Bangladeshi official called the projection of 48,000 babies mind-boggling.

“Simply, this will be disastrous and terrible for us,” said Priton Kumar Chowdhury, a deputy director of the government’s social services department in Cox’s Bazar. “I can’t imagine it, and my brain does not actually know how to deal with this.”

His department has identified more than 36,000 orphans in the camps, he said.

Save the Children based its projection of new births on an estimate of how many of the refugees were pregnant. Bangladesh has been negotiating with Myanmar to set up a protocol for the voluntary return of the Rohingya, but it remains unclear if they will return, given concerns for their safety.