The curfew was imposed on Sunday after a group of miscreants carrying swords attacked some people. 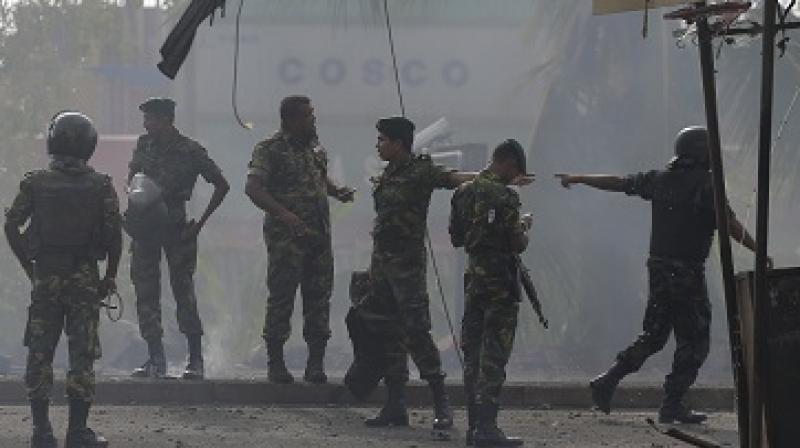 Colombo: Sri Lanka lifted an overnight curfew in the western coastal town of Negombo on Monday where clashes erupted between two groups of people over the weekend, days after the Easter bombings.

The curfew was imposed on Sunday after a group of miscreants carrying swords attacked some people travelling on a three-wheeler in Porathota area of the town. The vehicle was set on fire.

Several people were injured in clashes in Negombo, a majority Christian town where St. Sebastian's Church was targeted during the Easter attacks carried out by suicide bombers who had pledged support for the ISIS.

Over 100 people were killed in the attack on St. Sebastian's Church.

Police spokesman Ruwan Gunasekera said on Monday that Negombo was calm and curfew had ended at 7 am.

The government also blocked some social media sites overnight, including Facebook and WhatsApp, in order to control the situation. The block was lifted early Monday.

The police said an argument had instigated the clash and it was escalated after a drunken man's intervention.

The curfew was imposed in the town as a precaution. Two people have been arrested in connection with the clashes.

A senior police officer said an investigation was underway into the clashes.

Meanwhile, Cardinal Malcolm Ranjith, the Archbishop of Colombo, said that it was a personal clash between two groups and appealed for calm.

"The situation was brought to my notice and we have restored calm," he said.

"I appeal to all Catholic and Christian brothers and sisters not to hurt even a single Muslim person because they are our brothers, because they are part of our religious culture," said Ranjith.

He also visited Negombo where he held talks with clerics at a mosque. In a statement, Prime Minister Ranil Wickremesinghe said the government will compensate those who lost property in the clashes.

On Monday, Sri Lankan authorities also extended by 48 hours the deadline for the public to surrender swords, daggers, sharp weapons and clothing similar to that of military uniforms as part of a crackdown on suspects following the Easter Sunday bombings.

According to the police, several people including politicians were arrested for possessing sharp-edged weapons like swords since the crackdown began to arrest the NTJ suspects.

Police and soldiers combed school premises and the surrounding areas to make sure it is safe for children to go back on Monday, a police officer said.

Armed soldiers were seen guarding all leading schools in the city.

Despite the tight security arrangements, most classrooms were near empty. Private schools, including Catholic institutions, remained closed. The attendance of teachers was also low.

Some leading Buddhist prelates had urged the government to delay the re-opening due to further possible attacks from the militants.

An extensive security programme has been implemented in schools. Special circular have been issued by the Education Ministry about the security of the schools.

Children will have to carry transparent or see-through school bags, lunch boxes and water bottles. Parking vehicles near schools have been completely banned. Separate places have been prepared to park school vans and buses.