The bubonic plague, known as the 'Black Death' in Middle Ages, is a highly infectious and fatal disease spread mostly by rodents 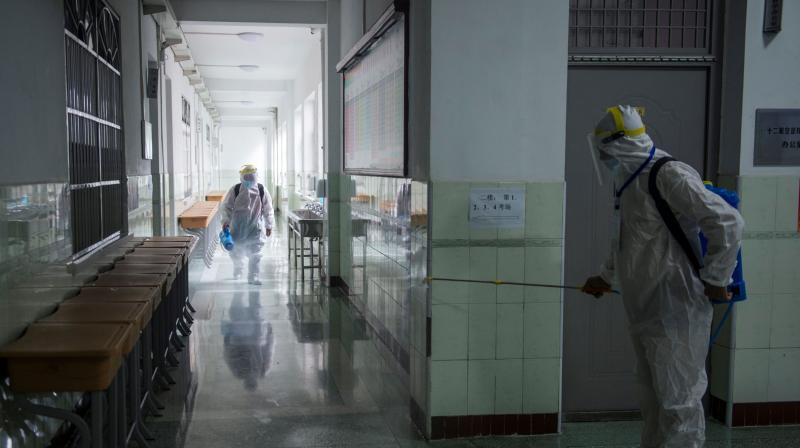 This photo taken on July 5, 2020 shows staff members wearing protective clothing spraying disinfectant in the compounds of a school ahead of the National College Entrance Examination (NCEE), known as Gaokao, in Wuhan in China's central Hubei province. (AFP)

Authorities in a city in the Chinese region of Inner Mongolia issued a warning on Sunday, one day after a hospital reported a case of suspected bubonic plague.

The health committee of the city of Bayan Nur issued the third-level alert, the second lowest in a four-level system.

The alert forbids the hunting and eating of animals that could carry plague and asks the public to report any suspected cases of plague or fever with no clear causes, and to report any sick or dead marmots.

The bubonic plague, known as the "Black Death" in the Middle Ages, is a highly infectious and often fatal disease that is spread mostly by rodents.

Plague cases are not uncommon in China, but outbreaks have become increasingly rare. From 2009 to 2018, China reported 26 cases and 11 deaths.