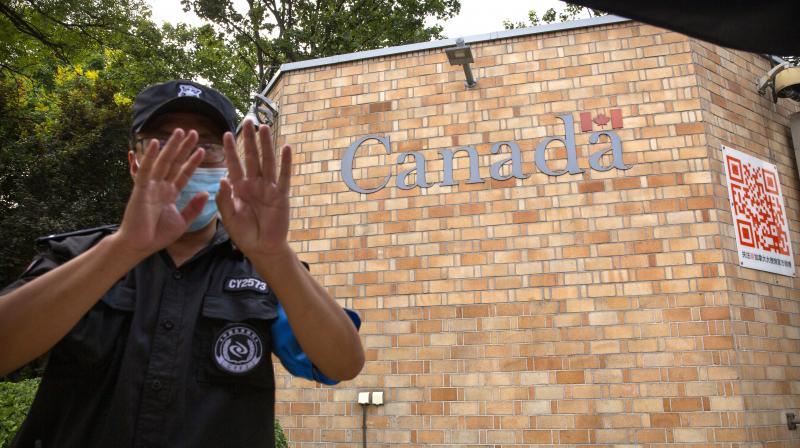 A security officer wearing a face mask to help protect against the coronavirus gestures outside the Canadian Embassy in Beijing. (AP)

Beijing: A Chinese court sentenced a Canadian national to death on Thursday in a ruling that could further inflame tensions between China and Canada.

The Guangzhou Intermediate Court said in a statement it had handed Xu Weihong the sentence for manufacturing drugs, and all his personal property would be confiscated.

The ruling comes after China sentenced two other Canadians to death on drug trafficking charges last year, as a diplomatic row escalated with Canada over the arrest of top Huawei executive Meng Wanzhou.

Canadian pleas for clemency for its citizens Robert Lloyd Schellenberg and Fan Wei have so far not been successful.

Beijing has also detained two Canadian nationals, including a former diplomat, on spying charges, in a move widely considered retaliation for Meng's arrest.

In June, China formally charged that pair -- ex-diplomat Michael Kovrig and businessman Michael Spavor -- after they were detained in the country in December 2018.