The statement came after the US Air Force confirmed on Friday that 2 bombers from Guam had flown over the disputed waterway. 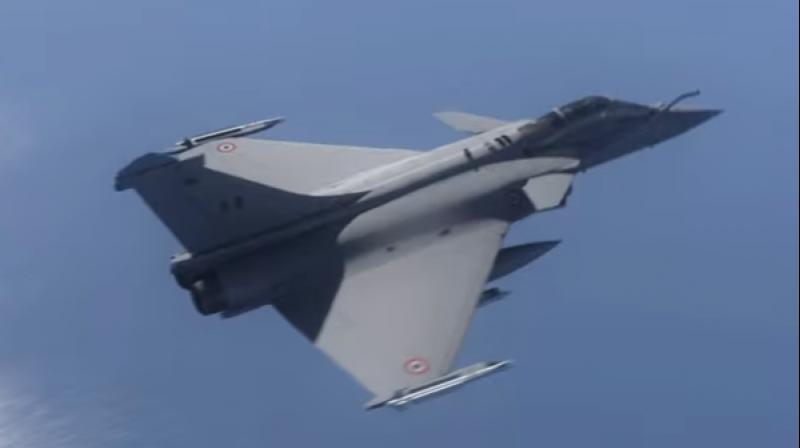 In retaliation, China has dispatched military vessels and fighter jets to warn off US warship sailing near disputed, as reported by Russia Today. (Photo: File/Representational)

Beijing: China has reacted after two US long-range supersonic bombers flew over the disputed South China Sea, saying it opposes the use of military force by other countries as an excuse to harm Beijing's sovereignty.

The statement came after the US Air Force confirmed on Friday that two B-1B Lancer bombers from Guam had flown over the disputed waterway.

The tensions between China and US increased even as Chinese President Xi Jinping is set to meet President Donald Trump on the sidelines of G-20 summit at Hamburg in Germany on Friday.

In retaliation, China has dispatched military vessels and fighter jets to warn off U.S. warship sailing near disputed, as reported by Russia Today.

A few days earlier, a U.S. warship reportedly sailed near a disputed island in the South China Sea.

The USS Stethem, a guided-missile destroyer, sailed within 12 nautical miles of Triton Island, part of the Paracel Islands in the South China Sea, a US defence department official said.