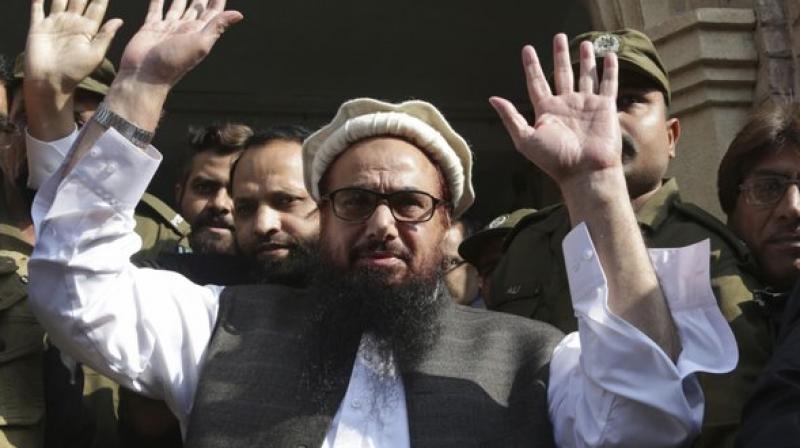 A Pakistani anti-terrorism court today deferred its verdict against Mumbai attack mastermind Hafiz Saeed in two terror financing cases on his "request" and adjourned the hearing till Tuesday.

"The ATC judge on Saturday took up the application of Hafiz Saeed requesting the court to club all terror financing cases against him and announce the verdict after the trial is completed," a court official said after the hearing today.

The official said the deputy prosecutor opposed Saeed's plea, arguing that the trial in the two cases against him has already been completed and the court may announce the verdict under the law.

The ATC, however, adjourned the hearing till February 11, issuing notices to both prosecution and defence lawyers for arguments on Saeed's plea. He was produced before the ATC in high security.

The cases of terror financing have been filed against him in Lahore and Gujranwala on the application of Counter Terrorism Department (CTD) of the Punjab Police. The Saeed-led JuD is a front organisation for the terror group Lashkar-ekTaiba, responsible for carrying out the 2008 Mumbai attack that killed 166 people, including six Americans.

The US Department of the Treasury has designated Saeed as a Specially Designated Global Terrorist. The US, since 2012, has offered a $10 million reward for information that brings Saeed to justice.

The Paris-based Financial Action Task Force in October decided to keep Pakistan on its "grey" list for failure to curb funnelling of funds to terror groups LeT, Jash-e-Mohammed and others.