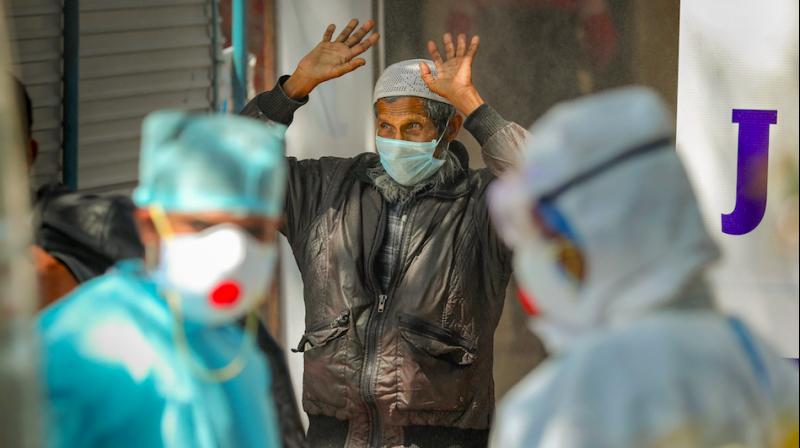 Lawyer Prashant Bhushan referred to the order passed by the International Court of Justice to highlight that Rohingyas faced genocidal threat there. — PTI file photo

New Delhi: The Supreme Court on Thursday permitted the deportation of Rohingya refugees detained at Jammu. Passing the order on the PIL moved by Mohammad Salimullah for the protection of Rohingyas, the court refused to order the release of nearly 150 Rohingyas detained in holding centres in Jammu and allowed their deportation to their parent country as per procedure of law.

“It is not possible to grant interim relief. However, it is made clear that the Rohingyas in Jammu on whose behalf the application has been moved shall not be deported unless the procedure prescribed for such deportation is followed," ruled a bench headed by Chief Justice Sharad  A. Bobde, also comprising Justice A.S. Bopanna and Justice V. Ramasubramanian.

During the hearing on March 23, lawyer Prashant Bhushan had pleaded that sending the Rohingyas to Myanmar when it is under a military junta will endanger their life, noting that the principle of non-refoulement forbids expulsion of a refugee if there is a clear and certain danger to life in the original country.
He also referred to the order passed by the International Court of Justice to highlight that Rohingyas faced genocidal threat there.

Solicitor general Tushar Mehta appearing for the Centre had opposed the application on behalf of Rohingya refugees seeking to stall their deportation. He had cited a similar application concerning the Rohingyas in Assam that was dismissed in 2018.

Mr Mehta had submitted that the deportation is done in accordance with the procedure established by law, and hence it cannot be held to be violative of right to life under Article 21 of the Constitution. The Centre also disputed that Rohingya detainees were refugees and called them "illegal migrants".
"India cannot be a capital for all illegal migrants of the world", the SG said.

During the hearing, the CJI made oral observations acknowledging the threat faced by Rohingyas in Myanmar but added that the court cannot do anything about it.