Deleting the suggestion to rename the project will most likely continue to impact bilateral ties between India and China. 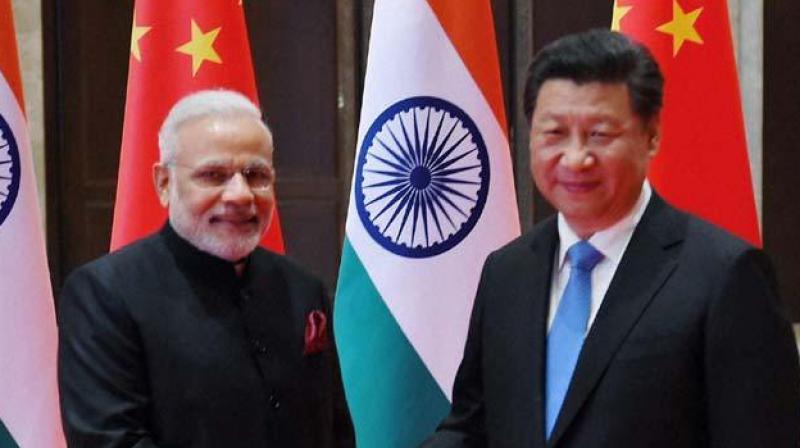 Luo said that China and India have had successful experience of delinking sovereignty disputes with bilateral relations before. (Photo: PTI)

Beijing: Soon, the day after Beijing proposed to rename the China-Pakistan Economic Corridor (CPEC), which passes through Pakistan-occupied Kashmir, to allay India’s concerns, it made a U-turn. The portion of the speech made by Chinese envoy to India, Luo Zhaohui, which offered to rename the project, has been removed from the government’s website on Tuesday.

Luo, in his address at the United Service Institution of India in New Delhi on Friday, had said that China is ready to change the name of CPEC passing through PoK. Luo while denying China's involvement in the sovereignty and territorial disputes between India and Pakistan, said the CPEC is for promoting economic cooperation and connectivity.

"It (CPEC) has no connections to or impact on sovereignty issues. Even we can think about renaming the CPEC. China and India have had successful experience of delinking sovereignty disputes with bilateral relations before. China is sincere in its intention to cooperate with India on the One Belt One Road (OBOR) initiative, as it is good for both of us," he said.

Citing China's earlier measures to help tackle issues related to Kashmir, Luo said contrary to media reports of aiding Pakistan, China's initiatives focus more on reaping its own benefits rather than supporting the stance of any other nation.  "We always put China first and we deal with problems based on their own merits," he said.

It is not clear why the statement has been removed. According to a Hindustan Times report, the move came a week ahead of Pakistan Prime Minister Nawaz Sharif’s visit to Beijing for the Belt and Road Forum (BRF).

The report said that there could be a possibility of Pakistan having raised an objection at the suggestion since the CPEC connects Kashgar to Pakistan’s Gwadar city.
It is also not clear whether Luo made the suggestion independently. The idea of renaming the corridor was to address India’s concern that the name violates its sovereignty since it passes through PoK.

The deletion of the line, however, clearly indicates that the CPEC will continue to impact bilateral ties between India and China. On Sunday, Pakistan and China agreed to jointly oversee the CPEC and ensure transparency in the project as an agreement in this regard was signed between the National Accountability Bureau (NAB) and Beijing.

A combined initiative focusing on enhancing economic cooperation between China and Pakistan, the CPEC is being hailed to create 85,000 jobs for Pakistani youth. It is being facilitated to modernise infrastructure and transport networks in Pakistan through the creation of special economic zones and energy projects.
The initial proposal was made in April 2015 during Chinese President Xi Jinping's official state visit to Pakistan.

On April 20, 2015, Pakistan and China signed an agreement to commence work on the USD 46 billion agreement, with approximately USD 28 billion worth of fast-tracked projects to be developed by the end of 2018.