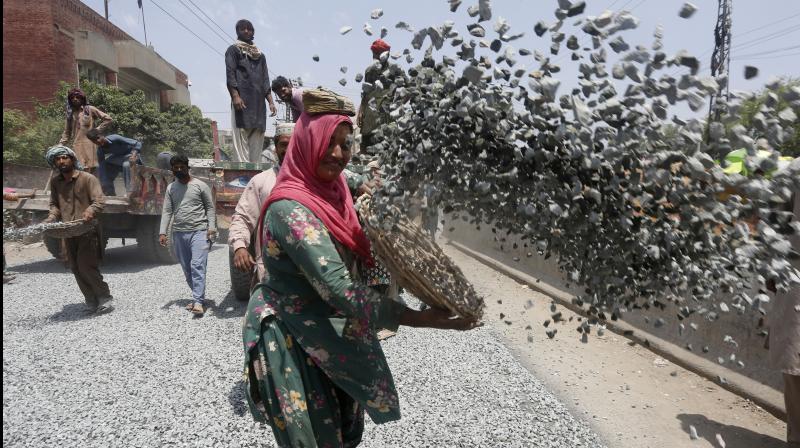 Islamabad: Pakistan on Saturday began easing the month-long lockdown despite a steady rise in the number of the coronavirus cases which rose to 27,474 after health authorities reported a big jump of 1,637 infections and 24 deaths in a single day.

Prime Minister Imran Khan on Thursday said that Pakistan would begin easing its nationwide lockdown in a phase-wise manner by allowing various businesses to open up from Saturday, citing the economic crisis due to the shutdown, which was enforced in the country in March end.

The first phase of easing lockdown began as the government announced removing restrictions by allowing more business to open and operate from dawn to 5 pm.

The federal government was trying to provide maximum relief to the people but due to the current economic conditions of the country, the lockdown must be eased, the Express Tribune quoted Khan as saying.

The Khyber Pakhtunkhwa government on Friday announced the easing of lockdown enforced on March 21. According to it, shops and selected businesses will open four days a week and that all businesses will be closed at 4pm.

Also, the government has allowed congregational prayers in mosques during the month of Ramzan after the clerics agreed to follow the government guidelines on social distancing while praying in mosques.

However, doctors and the Opposition expressed reservations about the decisions. Former prime minister Shahid Khaqan Abbasi said "this government has no policy on lockdown or coronavirus."

Although several economic sectors and business activities are allowed to reopen, schools in Pakistan will remain closed until July 15.

According to the Ministry of National Health Services, Pakistan reported a total of 27,474 coronavirus cases after 1,637 new patients were diagnosed in one day. Another 24 patients died taking the death toll to 618.

Separately, prime minister Khan appreciated the 'Made in Pakistan' initiative of the Ministry of Science and Technology focusing on boosting indigenous productivity in the face of the coronavirus pandemic.