The Pakistan High Commission in New Delhi had issued visas to 80 Sikh pilgrims but 66 of them couldn't reach Lahore, said Pak authorities. 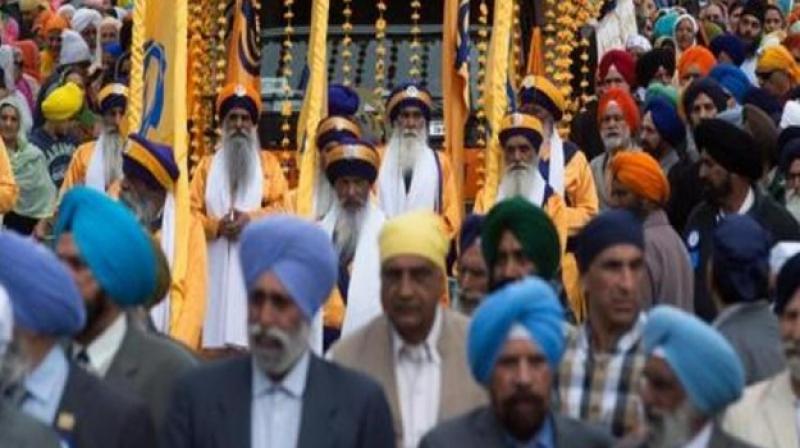 The 10-day festival, which is also called Shaheedi Jor Mela, will be held at Panja Sahib and Gurdwara Dera Sahib in Lahore. (Photo: AP/Representational)

Lahore: Pakistan has alleged that India has prevented some Sikh pilgrims from travelling to the country for the annual 'Jor Mela' as only 14 devotees have arrived so far.

The Pakistan High Commission in New Delhi had issued visas to 80 Sikh pilgrims but 66 of them couldn't reach Lahore as "India stopped them at Attari Railway Station citing technical reason," Pakistani authorities said.

"The Samjhauta Express train left for Attari on Thursday to bring 80 Sikhs for Jor Mela but when it reached there its staff was told by Indian authorities that the Sikh pilgrims couldn't board it as their visa only allow them to go to Pakistan on a special train," said Amir Hashmi, spokesman Evacuee Trust Property Board, which looks after the minority holy places in Pakistan.

Hashmi said that the Pakistan Railways was willing to send a special train to India to ferry the pilgrims but the Indian authorities didn't allow.

"Fourteen of the total 80 pilgrims had a visa allowing them to enter Pakistan by road. They crossed Wagha Border by foot where the ETPB officials received them," Hashmi said.

'Jor Mela' is observed to mark the death anniversary of fifth Sikh Guru Arjan Dev. The 10-day festival, which is also called Shaheedi Jor Mela, will be held at Panja Sahib and Gurdwara Dera Sahib in Lahore.

The 14 pilgrims were taken to Gurdwara Panja Sahib Hasan Abdal.

The Sikh pilgrims will return to India through the Wagah border on June 17, according to a report in Radio Pakistan.