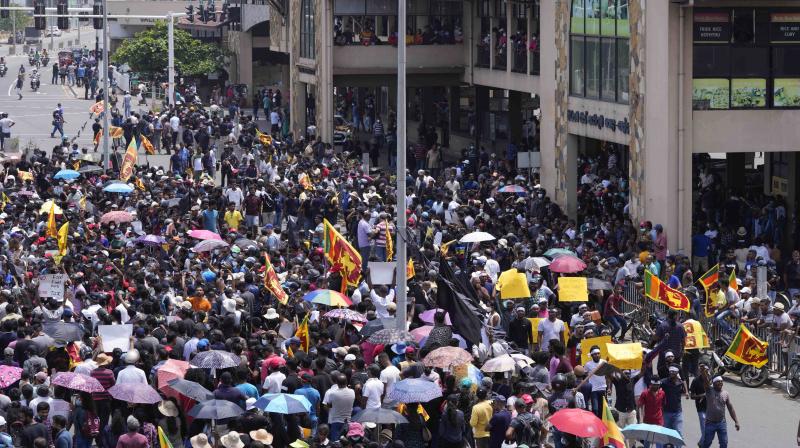 "The president was escorted to safety," the source said, adding that troops fired in the air to prevent angry crowds from overrunning the President's Palace.

Sri Lanka has suffered through months of food and fuel shortages, lengthy blackouts and galloping inflation after running out of foreign currency to import vital goods.

Huge crowds had poured into the capital for the demonstration, the latest expression of unrest sparked by the island nation's unprecedented economic crisis.

Police had withdrawn a curfew order issued on Friday after opposition parties, rights activists and the bar association threatened to sue the police chief.

Thousands of anti-government protesters ignored the stay-home order and even forced railway authorities to operate trains to take them to Colombo for Saturday's rally, officials said.