The incident has spotlighted rampant child labour in the country. 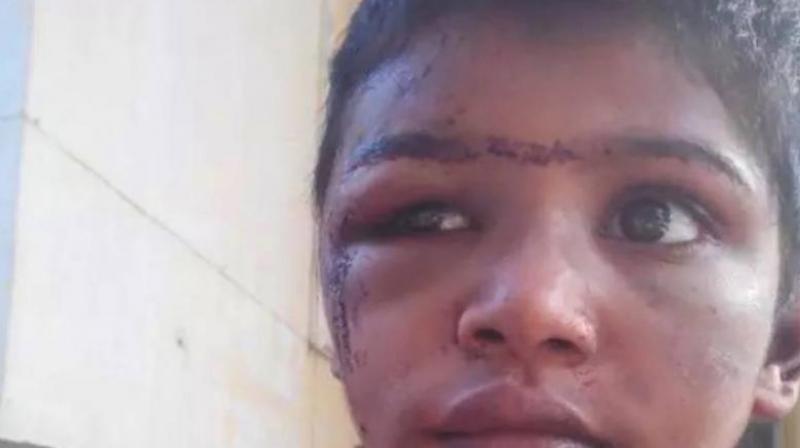 The child who was tortured in confinement by her employers (Photo: Facebook)

Islamabad: A ten-year-old maid employed by a Pakistani judge shows multiple signs of torture; a hospital chief said Tuesday after the Supreme Court ordered a probe into a case which sparked widespread shock.

The incident has spotlighted rampant child labour in the country. After social media images allegedly showing injuries to the girl's face and hands went viral, the top court intervened last week and ordered a full investigation.

The court also demanded police find the child, who is not being named by AFP. Her father removed her from a women's shelter amid reports he had forgiven the judge and his wife and described his daughter's story as untrue.

She was found Sunday in the suburbs of the capital Islamabad and taken for a medical examination.

"Our medical board has observed multiple injuries, burns, blunt injuries and bruises on the child's face," he said.

"She has burn marks on her back and on the left hand. She also has a blunt wound on her face. All her wounds are healing."

Another doctor said on condition of anonymity that the child, employed by a district judge in Islamabad, had changed her statement several times.

Media reports said she initially claimed she fell down the stairs and burnt her hands by accident, later telling police she was beaten and had her hands burned on a stove by the judge's wife.

Current figures on the scale of child labour in Pakistan are not available. According to Human Rights Watch, about 13 percent of Pakistani children aged 10-14 are working.