Nepal's Foreign Minister Pradeep Gyawali says requests to talk were made in November and December last year, and again in May 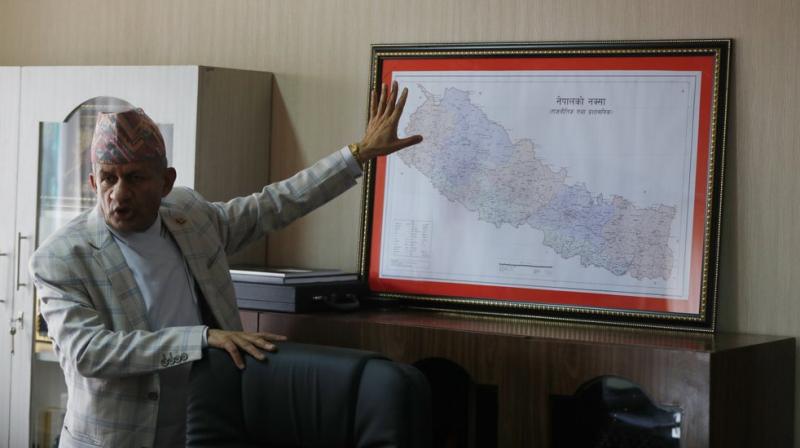 Kathmandu: Nepal’s foreign minister said Tuesday that the country was still waiting for a response from India on holding talks to resolve a border dispute that has strained relations between the South Asian neighbors.

Foreign Minister Pradeep Gyawali told The Associated Press in an interview that requests to talk were made in November and December last year, and again in May.

“We have expressed time and again that Nepal wants to sit at the table to resolve this problem,” Gyawali said.

“We are waiting for formal negotiations so that these two countries with ... a very unique type of partnership can develop a more inspiring relationship that reflects the requirements of the 21st century,” he said.

The latest border dispute between the countries began over India’s inauguration last month of a Himalayan link road built in a disputed region that lies at a strategic three-way junction with Tibet and China.

The 80-kilometer (50-mile) road, inaugurated by Indian Defense Minister Rajnath Singh, cuts through the Lipu Lekh Himalayan pass, considered one of the shortest and most feasible trade routes between India and China.

Nepal fiercely contested the inauguration of the road and viewed the alleged incursion as a stark example of bullying by its much larger neighbor, triggering a fresh dispute over the strategically important territory.

The government of Prime Minister Khadga Prasad Sharma Oli issued a new political map of Nepal that showed the disputed territory within its borders.

Nepal, which was never under colonial rule, has long claimed the areas of Limpiyadhura, Kalapani and Lipu Lekh in accordance with the 1816 Sugauli treaty with the British Raj, although these areas have remained in control of Indian troops since India fought a war with China in 1962.

There have been reports that India does not want to hold negotiations with Nepal until its coronavirus outbreak is brought under control. Nepal, however, is in a rush for talks.

The dispute over the territory bought a new wedge in relations between the two nations, leading to an exchange of strong-worded statements and remarks from both sides.