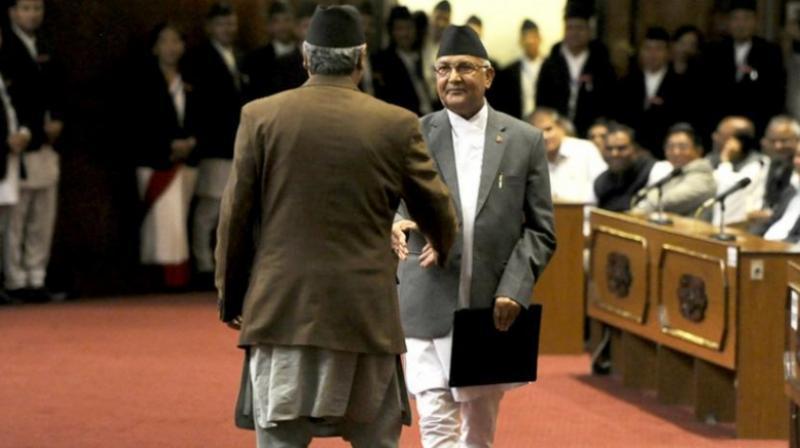 Kathmandu: A crucial meeting of Nepal's ruling communist party to decide the political future of embattled Prime Minister K P Sharma Oli was on Friday postponed once again, this time for a week, citing floods in the country, amidst calls for his resignation over his style of functioning and anti-India statements.

The meeting of the Nepal Communist Party's 45-member powerful Standing Committee was scheduled to be held on Friday.

The meeting was called off as the party is engaged in carrying out rescue and relief works, and minimising further loss due to landslides and floods across the country, My Republica newspaper quoted NCP spokesperson Narayan Kaji Shrestha as saying.

At least two people, including a child, were killed while 18 others went missing as several houses were swept away by floods triggered by incessant rain in Nepal's Sindhupalchowk district on Thursday.

It is the fifth time that the NCP meeting has been postponed. On Wednesday the meeting was postponed to Friday.

The differences between the two factions of the NCP -- one led by Oli and the other led by party's executive chairman 'Prachanda' on the issue of power-sharing  has recently intensified after the prime minister unilaterally decided to prorogue the budget session of Parliament.