As Modi visits Lanka, Chinese submarine not allowed to dock at Colombo

A Sri Lanka govt official said it was 'unlikely' to agree to China's request to dock the submarine at any time, given India's concerns. 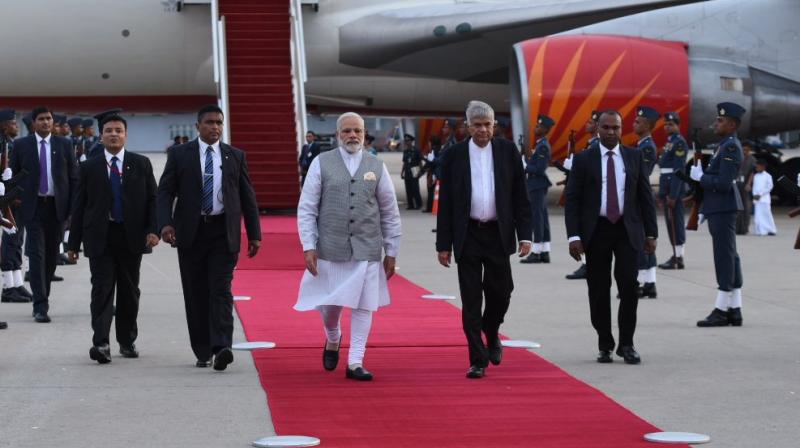 Colombo: Sri Lanka has rejected China's request to dock one of its submarines in Colombo this month, two senior government officials said on Thursday as Prime Minister Narendra Modi landed in the island nation.

Sri Lanka last allowed a Chinese submarine to dock in the capital of Colombo in October 2014, a move that triggered fierce opposition from India, which worries about growing Chinese activity in a country it has long viewed as part of its area of influence.

The second official, at the defence ministry, also said China's request to dock this month had been rejected but that a decision on a further docking had been postponed.

"It might happen later," the second official said, adding that China had requested approval to use the port around May 16 "sometime back".

A source close to the Chinese embassy in Colombo confirmed that China had requested permission for the submarine visit but was still awaiting a response.

More than 70 per cent of the trans-shipment in Colombo port comes from India.

Sri Lanka is finalising a plan to lease 80 percent of its loss-making Hambantotata port to China for 99 years, but the deal has been delayed because of opposition from trade unions.