Authorities have ordered mask-wearing, restrictions on indoor dining and other social distancing measures to stem its latest outbreak 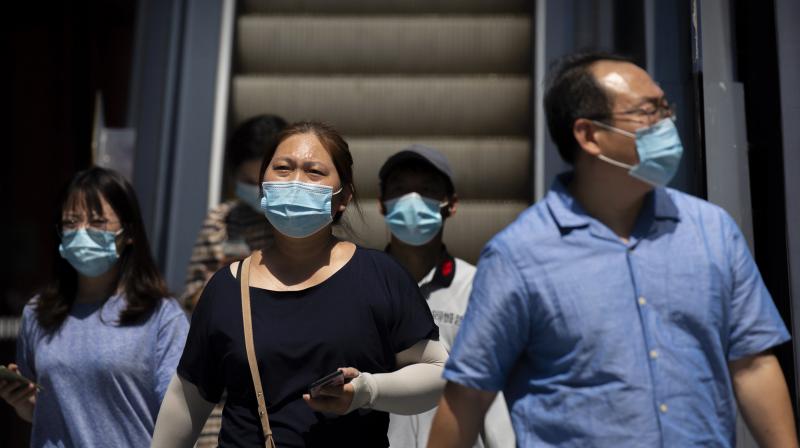 People wearing face masks to protect against the coronavirus walk at a shopping and office complex in Beijing. (AP)

The National Health Commission said all nine new cases were found in the northwestern region of Xinjiang, whose capital Urumqi has been at the center of China’s latest major outbreak. Another 25 cases were brought by Chinese travellers arriving from abroad.

China has largely contained the local spread of the pandemic that is believed to have originated in the central Chinese city of Wuhan late last year before spreading worldwide.

The government has recorded 4,634 deaths from COVID-19 among 84,737 cases. Hong Kong, a densely populated semi-autonomous southern Chinese city, also recorded another six deaths to bring its total to 58 among 4,181 cases.

Authorities have ordered mask-wearing in public settings, restrictions on indoor dining and other social distancing measures in a bid to stem its latest outbreak. Those measures appear to have been successful in bringing numbers down from the more than 100 new daily cases reported at the end of last month.