Cannot share Brahmaputra data with India for now due to upgradation: China

Asked when will China provide the data, reportedly suspended due to Doklam standoff, Foreign Ministry said, 'We will later consider that.' 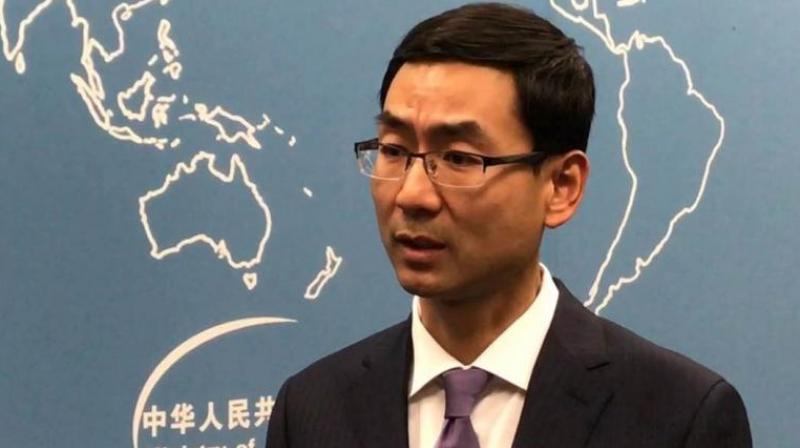 Beijing: China on Tuesday said that it cannot share with India the hydrological data of the Brahmaputra River for the time being as the data collection station in Tibet is being upgraded.

China, however, said it is ready to "keep communication" with India to reopen the Nathu La pass in Sikkim for the Indian pilgrims visiting Kailash and Manasarovar in Tibet, which it had suspended in mid June over the Doklam standoff.

"For long time we have conducted cooperation on the river data with the Indian side. But to upgrade and renovate the relevant station in the Chinese side, we do not have the conditions now to collect the relevant statistics of the river," Chinese Foreign Ministry spokesman Geng Shuang told media here.

Asked when will China provide the data, which was reportedly suspended due to the Doklam standoff, he said, "We will later consider that."

Asked whether India has been informed about not sharing of the hydrological data, he said according to his information the Indian side is aware of it.

On August 18, Indian External Affairs Ministry spokesman Raveesh Kumar had said there is an existing expert-level mechanism, established in 2006, and there are two MoUs under which China is expected to share hydrological data on rivers Sutlej and Brahmaputra with India during the flood season of May 15 to June 15.

"For this year, we have not received hydrological data from the Chinese side," Kumar had said.

The data share by upper riparian state, China, to lower riparian states, India and Bangladesh is essential every monsoon to allow anticipation of the flow of the water and take necessary measures to deal with flooding in India's northeastern states.

On the reopening of the Nathu La Pass for the Indian pilgrims visiting Kailash and Manasarovar in Tibet which was suspended over the Doklam standoff, Geng said China is ready to "keep communication" with the India.

The foreign ministry spokesman said the opening of the Nathu La pass was suspended as the Indian troops "illegally crossed the border leading to the tensions at the border".

"The Indian troops illegally crossed the border leading to the tensions at the border. So the opening of the pass was suspended," he said.

"So China stands ready to keep communication with the Indian side in regard to the opening of the pass and other issues relating to the pilgrims," he said.

The Sikkim route to Mansarovar was opened in 2015, enabling pilgrims to travel the 1500-km long route from Nathu La to Kailash by buses.

The Yatra was being organised by External Affairs Ministry since 1981 through Lipu Pass in Himalays connecting the Kumaon region of Uttarakhand in India with the old trading town of Taklakot in Tibet.