Chief Justice of Pakistan Saqib Nisar on Tuesday said two transgenders would be provided jobs in the Supreme Court. 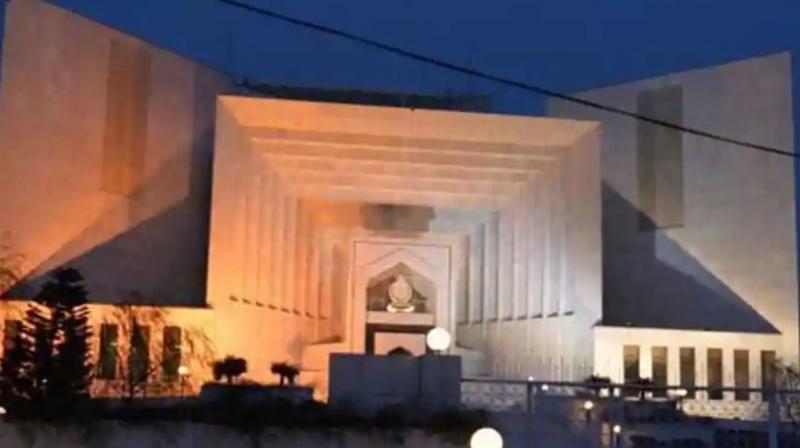 The chief justice said the court would issue notice to NGOs and the government of Khyber Pakhtunkhwa while it hears the case related to basic rights of transgenders. (Photo: AFP)

Islamabad: For the first time, Pakistan’s Supreme Court will hire two transgenders to give them their rights in the Muslim-majority country, the Chief Justice said.

Chief Justice of Pakistan Saqib Nisar on Tuesday said two transgenders would be provided jobs in the Supreme Court.

The remarks came as he chaired a bench to hear a case regarding transgenders’ rights.

“In our society transgenders are subjected to ridicule. It is our top most priority to give them their rights,” he was quoted as saying by Geo News.

The chief justice said the court would issue notice to NGOs and the government of Khyber Pakhtunkhwa while it hears the case related to basic rights of transgenders.

“Court wants to bring them into mainstream. It wants to resolve their issues,” he said. National Database and Registration Authority Chairman Usman Mobin who appeared during the hearing, informed the court upon being asked whether identity cards to all transgender applicants have been issued, that his organisation is issuing cards and also initiated a facilitation campaign.

The Chief Justice lamented that the community was facing threats and ridicule in Khyber Pakhtunkhwa.

The court also took exception to a website that he was told is involved in spreading misleading materials against transgenders.

The court was told that an NGO named Blue Van had established the website which claims as many as 500 transgenders have been murdered in the country.

In 2009, Pakistan became one of the first countries in the world to legally recognise a third sex, allowing transgenders to obtain identity cards. They number at least half a million people in the country, according to several studies, but their representation in politics and many other spheres of life remains negligible

The transgender community was counted in the national census for the first time last year.

Pakistan is a deeply conservative country where homosexuality is illegal. However, the country has approved laws giving transgender people better rights than in many other nations, media reports said.