As a Muslim majority country it is the moral responsibility of all of us to take care of the minorities, Bangladesh PM said. 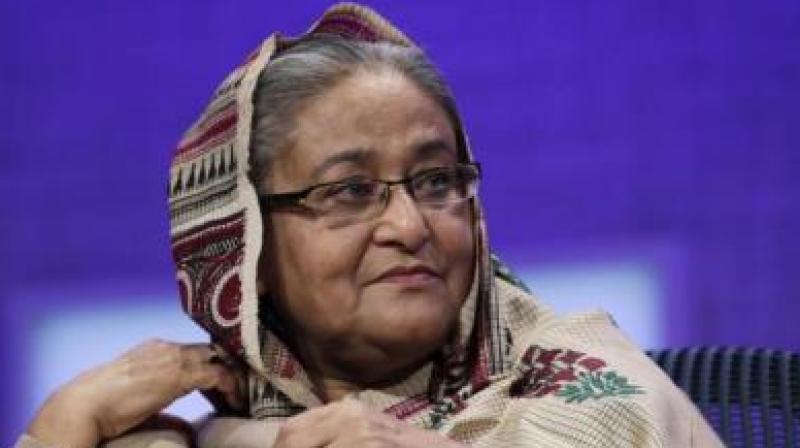 Dhaka: Bangladesh Prime Minister Sheikh Hasina on Saturday said as a Muslim majority country it is the moral responsibility of the citizens to take care of minorities, as nationwide protests continued over the recent spate of attacks on Hindu temples and households.

"Bangladesh is a country of communal harmony which should be maintained at any cost for development and brighten the country's image," Hasina said at a video conference with local representatives and officials of northwestern Rajshahi from her official Ganobhaban residence.

"As a Muslim majority country it is the moral responsibility of all of us to take care of the minorities," she said.

The prime minister added, "You have to remain careful so that no such incidents, which are taking place sporadically in different parts of the country, take place anywhere in the country."

As many as a dozen Hindu temples and over 20 Hindu households at Nasirnagar area of Brahmanbaria were attacked and vandalised earlier this month after an offensive Facebook posting on Islam, allegedly by a Hindu, went viral.

The Hindu community leaders and civil society activists staged a series of protests in the capital and other major cities blasting the administration for failure to protect the minority community.

Authorities withdrew the local administrative chief and officer in charge of the local police station while over 50 suspected attackers were detained as part of the investigation.

The statutory National Human Rights Commission (NHRC) inits report said that the attacks on the Hindu temples and households were carried out under a well orchestrated plan by an orgainsed group.

It said near simultaneous attacks were carried out at several temples and Hindu households at different locations at Nasirnagar area.

Hindu community leaders have said that the attacks were carried out to forcefully evict Hindus from their own land by creating an atmosphere of fear.