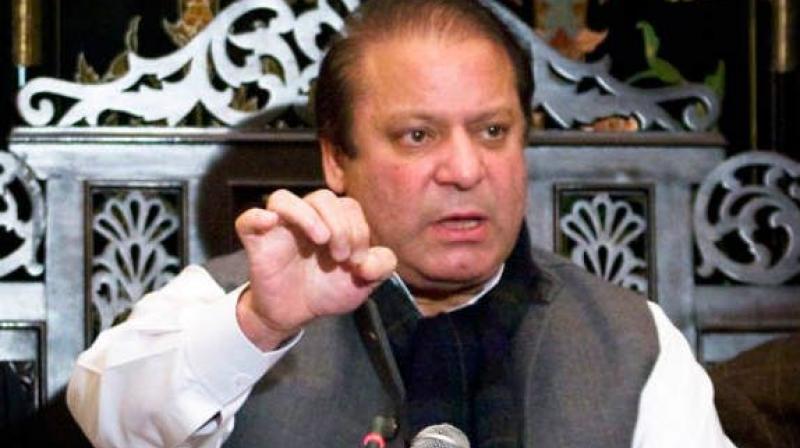 Nawaz Sharif is serving prime minister for a record third time before serving twice as chief minister of Punjab in 1980s. (File Photo)

Islamabad: Amid demands for his resignation, Pakistan Prime Minister Nawaz Sharif on Thursday convened an emergency Cabinet meeting to chalk out a strategy to counter the Panama case probe panel’s damning report that recommended filing of a graft case against him and his family.

The prime minister is expected to seek an endorsement from the Cabinet in the form of a resolution or a declaration, apart from briefing members about the party’s strategy to challenge the Joint Investigation Team report in the Supreme Court, official sources said.

The six-member JIT that probed Mr. Sharif family’s business dealings in its 10-volume report submitted to the apex court on July 10 recommended that a corruption case should be filed against Mr. Sharif and his sons Hassan Nawaz and Hussain Nawaz, as well as daughter Maryam Nawaz, under the National Accountability Bureau (NAB) ordinance 1999.

The decision to convene the Cabinet was taken during an “informal meeting” at the prime minister’s house, attended by members of Sharif’s Cabinet and his legal team, including Attorney General Ashtar Ausaf Ali.

All major opposition political parties have asked him to step down and stay away from power until his name was cleared.

However, Mr. Sharif is not ready to quit and his daughter Ms. Maryam confirmed it in a tweet.

“Insh’Allah he won’t resign because not a single allegation of misuse of public money during five tenures in power has been proven against him,” she tweeted.

Mr. Sharif is serving prime minister for a record third time before serving twice as chief minister of Punjab in 1980s.