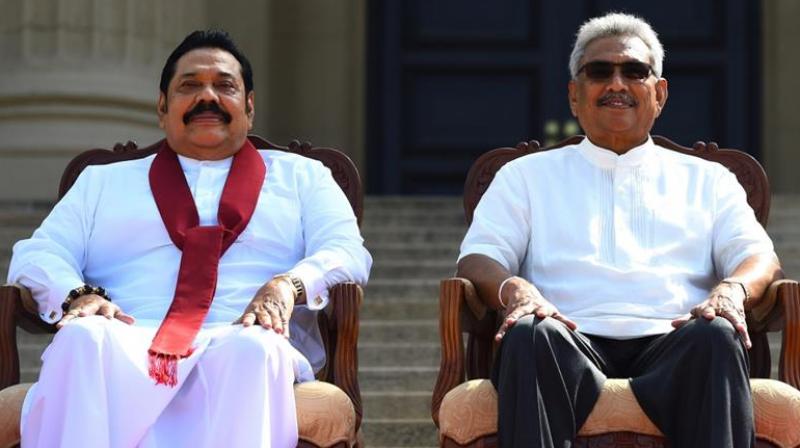 Colombo:  The Sri Lankan government's proposed 20th Constitution Amendment has faced internal resistance from within a faction of the ruling SLPP parliamentary group itself, ahead of its inclusion in Parliament's order paper, the party members said on Sunday.

The government on September 2 gazetted the 20th Constitution Amendment draft, the new proposed legislation that would replace the 19th Amendment introduced in 2015 that curtailed the powers of the President and strengthened the role of Parliament.

The 19A was seen as the most progressive pro-democracy reformist move since Sri Lanka came to be governed under the all-powerful executive presidency in 1978. It depoliticised the government administration by ensuring the independence of key pillars such as the judiciary, public service and elections.

The 20th Amendment proposes to restore full legal immunity to the President, removing the provisions made in the 19A to take legal action against the President.

The office of Prime Minister Mahinda Rajapaksa in a statement on Saturday night said that a nine-member ministerial committee has been appointed to review the 20A in its present form and, if needed, a fresh gazette will be issued.

Ever since the government gazetted the 20A, some of the ruling SLPP's own parliamentarians and the party's allies have been publicly expressing unhappiness over its certain provisions, the party members said.

If the 20A is implemented in its present form, Prime Minister Mahinda Rajapaksa will be the hardest-hit as his current powers as the premier would be diminished with his younger brother and the President, Gotabaya Rajapaksa, assuming full executive power, they said.

Moreover, Mahinda Rajapaksa, who is also a two-time president, will not be able to contest for the presidential election again as the two term bar has been retained in the 20A draft, the party members said.

The draft legislation was to be placed in Parliament's order book this week for debate and adaptation. However, it faced internal resistance from within a faction of the SLPP parliamentary group. And now, with Prime Minister Mahinda Rajapaksa, who is also the leader of the Sri Lanka People's Party (SLPP), appointing a committee, this process could be delayed, they said.

The committee is expected to submit its report by September 15.

The 20A has proposed several changes which include the replacement of the vital Constitutional Council (CC) with a new body called the Parliamentary council.

"The PC will consist only of members of parliament with no place for civil society representatives," according to local media reports.

Also, three independent commissions, which include the Election Commission, will be abolished.

According to 20A, the chairpersons and members of the commissions shall be appointed by the president. In making such appointments, the president shall seek the observations of the Parliamentary Council (PC).

Earlier under the 19A, all these appointments were the responsibility of the CC.

President Gotabaya Rajapaksa outlined his commitment to abolish the 19th Amendment during his ceremonial address to Parliament last month.

The 19A Amendment adopted in 2015 by the then reformist government was subject to much criticism by the powerful Rajapaksa clan as it prevented dual citizens from contesting elections. At the time, two of the Rajapaksa family members, including the current president, were dual citizens of the US and Sri Lanka.

Gotabaya Rajapaksa had to renounce his US citizenship to contest the presidential election in November last.

His younger brother and SLPP founder and its National Organiser, Basil Rajapaksa, is a dual citizen of the US and Sri Lanka. There are five of them already in the government.

During the August 5 general election, the SLPP sought two thirds parliamentary mandate or 150 seats in the 225-member assembly to effect constitutional changes, the foremost of them was the move to abolish the 19A.

The SLPP and allies won 150 seats and have a two-third majority to effect the constitutional change they desire.

While Gotabaya Rajapaksa was elected as the Sri Lankan President in November last year, his eldest brother Mahinda Rajapaksa won the general election and assumed charge as Prime Minister on August 9.

Under the 20A draft, no fundamental rights petition can be filed against the president.

Article 35 in it says while any person holds office as president, no proceedings shall be instituted or continued against him in any court or tribunal in respect of anything done or omitted to be done by him either in his official or private capacity, according to the draft of 20A.

The 20A draft provisions also do away with the limitation on the number of cabinet ministers.

The 19A limitations on the number of the cabinet (30) and deputy ministers (45) have been dropped. The president is empowered to appoint any number of ministers, according to the draft.