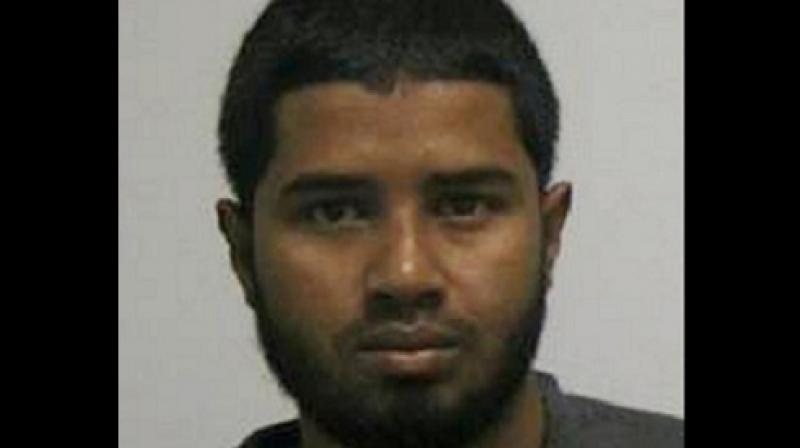 Akayed Ullah, the 27-year-old suspected bomber, detonated a pipe bomb strapped to his body in a crowded passageway during the morning rush hour, injuring himself and three others. (Photo: AP)

Dhaka: The wife and in-laws of a Bangladeshi-origin man, who triggered a blast at a metro station in New York City, were detained for questioning by the Bangladesh police on Tuesday, according to a media report.

Akayed Ullah, the 27-year-old suspected bomber, detonated a pipe bomb strapped to his body in a crowded passageway during the morning rush hour, injuring himself and three others.

The device prematurely exploded between two subway platforms near Port Authority, America's largest bus terminal, injuring four persons and causing chaos in one of the busiest commuter hubs in the metropolis, officials said.

The Bangladesh police detained the wife and in-laws of Ullah for questioning. The counterterrorism unit detained the trio this afternoon, bdnews reported.

"The three have been brought in for questioning," Counterterrorism Unit Deputy Commissioner Saiful Islam was quoted as saying by the report.

Ullah's wife Jannatul Ferdous and their six-month-old baby live with her parents in Dhaka. Ullah, who hails from Chittagong, has lived in the US for seven years. US police officials said he worked as a cab driver initially and then worked as an electrician at a real estate company.

He had pledged allegiance to the ISIS terror group and told investigators that his planned terrorist attack in New York was mainly because of the recent Israeli actions in Gaza, officials said as per multiple media reports.

Bangladesh police began searching for Ullah's family after his identity was confirmed. An official from the counter-terrorism unit said they found the address of his in-laws on Tuesday afternoon.