No group immediately claimed responsibility for the attack but in the past Baluch separatist groups have claimed such assaults. 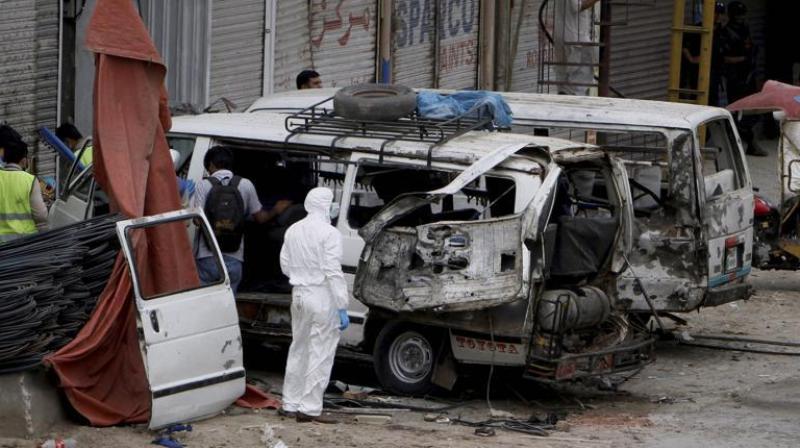 Abdul Nabi says the Frontier Corps' vehicle was on a routine patrol in the Esplenji area when the bomb went off, apparently detonated by remote control.

No group immediately claimed responsibility for the attack but in the past Baluch separatist groups that have waged a low-level insurgency for a decade have claimed such assaults. Also, the banned extremist Lashker-e-Jhangvi claimed a similar attack on Sunday that wounded two paramilitary troops.

A suicide attack by the Islamic State group in Mastung on Friday killed 28 police. ISIS had said it targeted a lawmaker seen as close to the Taliban.