As many as 33,000 people in the Southern Plains have been affected due to the calamity in the last three days, according to Home Ministry. 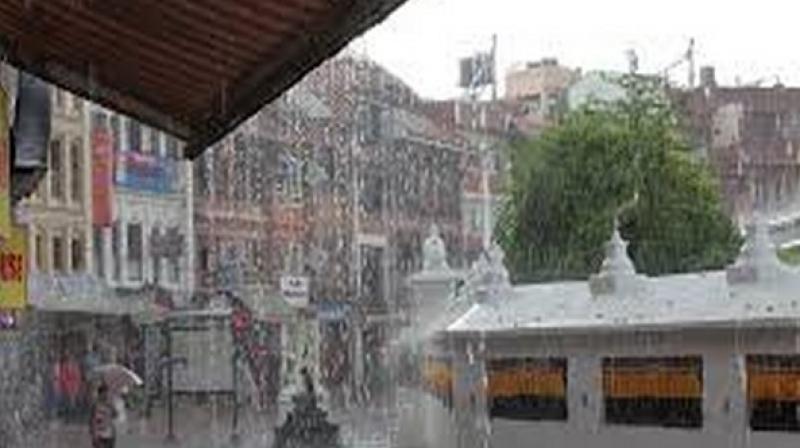 Torrential downpour since Thursday has affected 28 districts across the Himalayan nation. (Photo: ANI)

Kathmandu: The death toll in floods and landslides triggered by the incessant downpour in Nepal has mounted to 65, with 30 people still missing, police said on Monday.

Torrential downpour since Thursday has affected 28 districts across the Himalayan nation. A total of 38 people are injured and 30 others are missing.
Nepal Police and Army personnel have rescued 1146 people so far from 22 flood-hit districts of the country so far.

As many as 33,000 people in the Southern Plains have been affected due to the calamity in the last three days, according to figures of the Home Ministry.

The monsoon in Nepal, which had been in full swing since Friday, showed signs of normalcy in hilly regions on Sunday as the monsoon trough is presently based in the Terai territory and will be moving back towards the south on Monday (July 15).

Provinces 1, 2 and 3 are the worst hit, with Lalitpur, Bhojpur and Rautahat witnessing the highest death toll.

All provincial governments have further decided to provide relief for flood and landslide victims. They will also provide free medical treatment to the 38 people who have been injured so far, The Himalayan Times reported.