The shrine had been crowded on a Thursday, considered a sacred day for prayers. 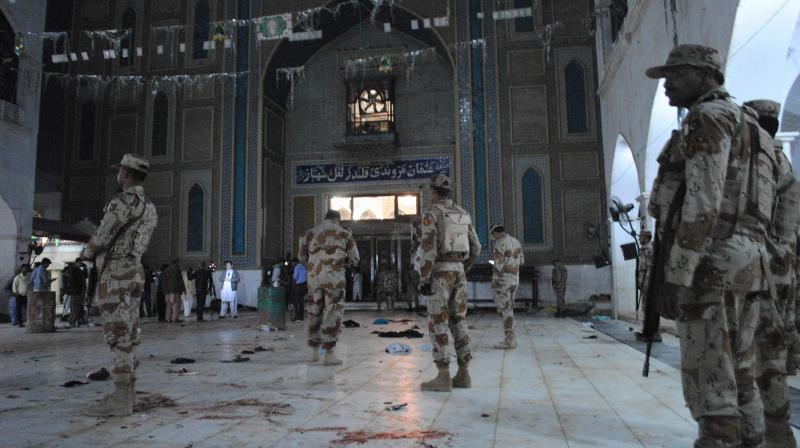 Karachi: At least 70 people died Thursday when a bomb ripped through a crowded Sufi shrine in Pakistan, police said, in the deadliest attack to hit the militancy-plagued country so far in 2017.

The Islamic State group claimed the attack in a statement carried by the Amaq propaganda agency linked to the Sunni Muslim jihadist group.

Pakistan’s leaders vowed revenge for the attack on the shrine in the town of Sehwan in Sindh province, some 200 kilometres northeast of Karachi, which came after a bloody week of extremist assaults shook the country’s growing sense of security.

A police source said a suicide bomber had entered the shrine of Lal Shahbaz Qalandar, a 13th century Muslim saint, and blown himself up among the devotees.

The shrine had been crowded on a Thursday, considered a sacred day for prayers.

“So far 70 people have been killed and more than 150 wounded,” inspector general of police for Sindh province A.D. Khawaja told AFP.  “Many wounded people are in critical condition and they will be shifted to Karachi as soon as Navy helicopters and C-130 plane reach nearest airport.” Emergency services are basic in Sehwan, with the nearest main hospital some 130 kms away.

Pakistan’s PM Nawaz Sharif swiftly issued a statement saying an attack on Sufis was considered a “direct threat”. Military Chief Gen. Qamer Javed Bajwa warned: “Each drop of (the) nation’s blood shall be revenged, and revenged immediately. No more restraint for anyone.”

Pakistan has seen a dramatic improvement in security in the past two years, but a series of attacks this week — most claimed by the Pakistani Taliban — has shaken the growing sense of optimism. “The past few days have been hard, and my heart is with the victims. But we can’t let these events divide us, or scare us… ,” Mr Sharif said in his statement.