The US, France and the UK are believed to be in intense 'good faith' discussions with China to arrive at a 'compromise' for Masood Azhar. 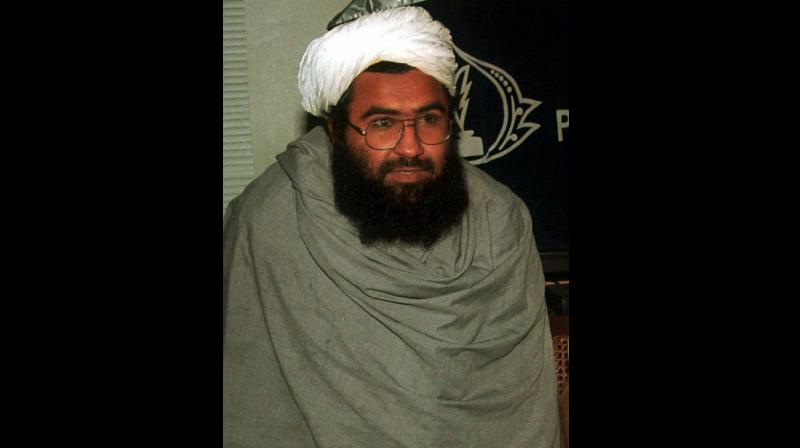 The US, Britain and France are believed to be currently looking at the suggestions. (Photo:AP)

Washington: The US, France and the UK are believed to be in intense "good faith" discussions with China to arrive at a "compromise", including on the language on the UN designation of Pakistan-based Jaish-e-Mohammed chief Masood Azhar as a global terrorist, according to people familiar with the matter.

On Wednesday, China blocked for the fourth consecutive time a resolution at the UN Security Council Committee on designating Azhar, head of the JeM terror group, as a global terrorist. The proposal to designate Azhar under the 1267 Al Qaeda Sanctions Committee of the UN Security Council was moved by France, the UK and the US on February 27, days after a suicide bomber of the JeM killed 44 CRPF soldiers in Jammu and Kashmir's Pulwama, leading to a flare-up in tensions between India and Pakistan.

If the fresh efforts by the US, France and the UK does not end up in the formal designation of Azhar, the three permanent members are planning to soon move a resolution for his listing in the most powerful wing of the UN which would be preceded by an open debate on the issue, according to people familiar with the matter.

India had expressed disappointment over the Chinese stance and the original co-sponsors of the resolution had warned they will consider "other actions" to achieve their goal. While the internal consultations of the Security Council committee remain private, this time several Council members, frustrated at China's unreasonable stance to protect a terrorist, privately spoke to the media the negative role being played by Beijing.

"If China continues to block this designation, responsible member-states may be forced to pursue other actions at the Security Council. It shouldn't have to come to that," a Security Council diplomat told PTI on Wednesday in an unusual tough warning to Beijing.

In the last 50 hours, it is believed that the original sponsors of the Azhar resolution are having intense "good faith" consultations with China on what many familiar with the matter describe as a "compromise".

The US, Britain and France are believed to be currently looking at the suggestions. It is understood that there is back-and-forth exchange of texts on the matter. The three countries have indicated that they are willing to accommodate Chinese request for changes in the language as long as it does not change the substance of the resolution and it ends up designating Azhar as a UN global terrorist.

But unlike in the past, the US, France, Britain and other members of the Security Council are not willing to wait for long to conclude their discussion with China. It is learnt that China has been informed by these countries that they are seriously looking for other options, in particular an open debate followed by a vote on a resolution to designate Azhar as a global terrorist, pretty soon.

Not months, not weeks but days. This is the what Beijing has been conveyed. At the same time, officials of the these countries believe that China this time has been much more co-operative than in the past. But in case at any point the three countries get a feeling that China is not doing a good faith negotiation on the "compromise formula" that is being negotiated, they are ready with the other move.

China, after its decision to put a technical hold on the resolution, has invited criticism and its stance has also resulted in an outrage in India. Beijing would have to calculate the risk of being isolate globally on the issue of fight against terrorism or signing off to a compromised language that would designate Azhar as a global terrorist, since except China, all other UNSC members supported the resolution.

Getting Chinese support to designate Azhar as a global terrorist, at the UN, in any format, would be considered as a terrific accomplishment. The very fact that there has been discussions going on between China and the US, Britain and France, is considered as a positive development.

Those familiar with China's working pattern are still not confident and that's the reason why they are seriously working on other options including an open debate in the Security Council, where Beijing might find it difficult to defend a terrorist in public.