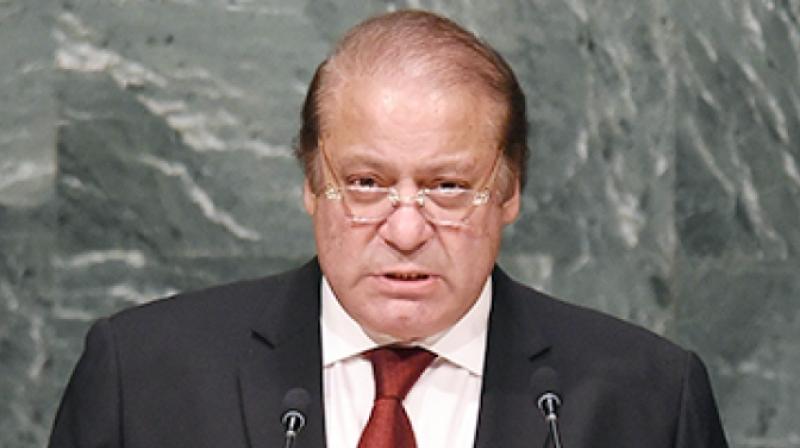 Five corruption cases have been launched by the government of prime minister Imran Khan previously against the 70-year-old supremo of the Pakistan Muslim League-Nawaz since his ouster from the office by the Supreme Court in July 2017 in the Panama Papers case.

The National Accountability Bureau's (NAB) regional board, under the chairmanship of its Director General Shahzad Saleem, discussed the additional corruption cases against Nawaz, his younger brother Shehbaz Sharif, daughter Maryam Nawaz and 13 others in money laundering and possession of assets beyond known sources of income investigation.

Similarly, the board has also approved filing another case against the three-time premier, Geo Media Group founder Mir Shakilur Rahman and two others in a 34-year-old 54-kanal (6.75 acres) land case.

The NAB-Lahore has forwarded both cases to its chairman Justice retired Javed Iqbal for his final approval before filing it in the accountability court.

The cases against the Sharif family members in the two cases will be filed in the accountability court, Lahore, next week after the approval of the NAB chairman, an official told reporters.

In the money laundering and income beyond means corruption case, the Sharif family is accused of swindling 7 billion Pakistani Rupees.

Nawaz, Shahbaz and Maryam have been declared prime suspects in this case," the official said, adding that the NAB will produce 100 prosecution witnesses against the suspects.

In the other corruption case, the three-time prime minister is accused of misuse of authority in allotting land along the Lahore canal to Shakilur Rahman in violation of rules in 1986. Nawaz was the chief minister of Punjab at the time.

Under the Lahore Development Authority exemption policy, not more than 15 plots measuring one kanal (0.125 acres) each could be exempted to Rahman.

The NAB has made 16 prosecution witnesses part of this case.

Since Nawaz did not respond to any of the NAB's summons, his arrest warrants have already been issued and the bureau has moved the accountability court to declare him a proclaimed offender.

Rahman is in judicial remand since he was arrested on March 12. Presently, he is in hospital on medical grounds.

The NAB Lahore on Friday also initiated another probe against Nawaz, Shehbaz and Maryam for acquiring thousands of kanals in violation of rules making it part of their Jati Umra Raiwind Lahore residence.

Nawaz in November last had left for London after the Lahore High Court granted him a four-week permission allowing him to go abroad for his treatment.

He had given an undertaking to the Lahore High Court to return to Pakistan citing his record to face the process of law and justice within four weeks or as soon as he is declared healthy and fit to travel by doctors.

Nawaz was also given bail in the Al-Azizia Mills corruption case in which he was serving seven-year imprisonment in Lahore's Kot Lakhpat jail.

Nawaz, who was diagnosed with an immune system disorder, has been advised by the government's panel of doctors to go abroad for treatment. He had been diagnosed with coronary disease.

In London, he underwent comprehensive cardiovascular evaluation and investigations at Royal Brompton and Harefield Hospital.

Maryam recently said her father is a high-risk patient and therefore his cardiac catheterisation/coronary intervention has been postponed due to the COVID-19 outbreak.