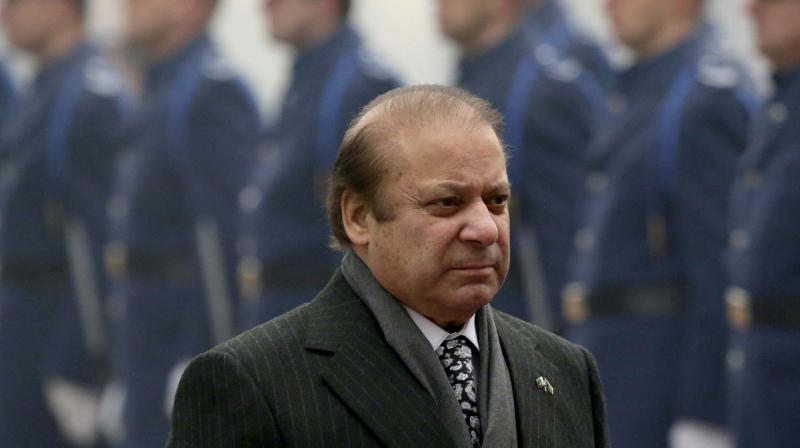 Sharif chaired a security meeting in Sehwan, where he was given a detailed briefing on the current security situation and relief activities. (Photo: AP)

Karachi: Pakistan Prime Minister Nawaz Sharif on Friday ordered the law enforcement agencies to eliminate terrorists with "full force" as the death toll rose to 88 in an Islamic State suicide bombing at a revered Sufi shrine in the Sindh province.

The bombing at the Lal Shahbaz Qalandar shrine in Sehwan took place yesterday when a large number of worshippers from different parts of the province had gathered there for the ritual of Sufi dance 'Dhamaal.

The Islamic State group has claimed responsibility for the attack.

Sharif chaired a security meeting in Sehwan, where he was given a detailed briefing on the current security situation and relief activities.

"It is time for us to unite and fight against the internal and external terrorists," he said.

During the meeting, Sharif directed the country's armed forces and law enforcement agencies (LEAs) to eliminate terrorists across the country with full force, Radio Pakistan said.

According to initial investigations, at least eight kilogrammes of explosives were used to carry out the attack.

Earlier, Deputy Inspector-General (DIG) Hyderabad Khadim Hussain Rind that the suicide blast occurred at the main gate of the shrine by the burqa-clad bomber.

Pakistan has been hit by a series of terrorist attacks since Afghanistan-based Jamaat-ul-Ahrar announced its 'Operation Ghazi'.

On February 13, a suicide bomber struck a protest outside the gates of Punjab's Provincial Assembly, killing 13 and injuring 85. The attack was also claimed by JuA.

Pakistan accuses Afghanistan of not cooperating with it in its efforts to combat terrorism.

Today, Pakistan Army also handed over a list of 76 "most wanted" terrorists to Afghan embassy officials and demanded "immediate action" against them.