The suspect used a dagger to kill him, Superintendent of Police Naeem said, adding that some people heard gunshot firing as well. 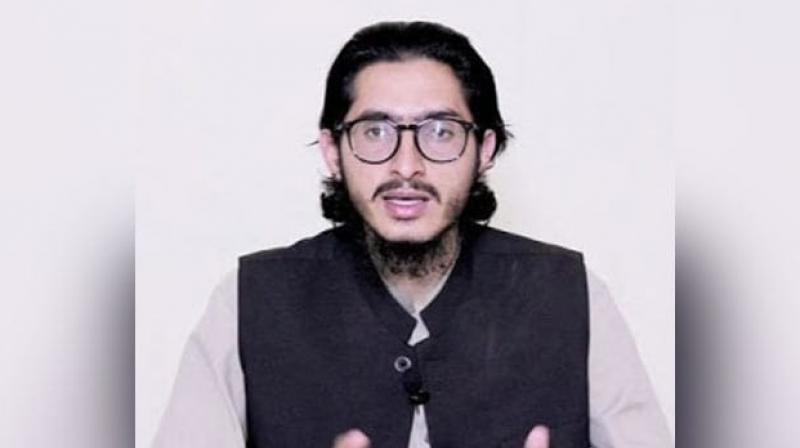 Apart from being a social media activist, Khan was also a freelance journalist. (Photo: YouTube Screengrab)

Islamabad: A 22-year-old Pakistani blogger and journalist known for criticising the country's military and the spy agency ISI was killed by a man in Islamabad, the police said on Monday.

Muhammad Bilal Khan, having over 16,000 followers on Twitter, 48,000 on his YouTube channel and 22,000 on Facebook, was with a friend on Sunday night when he received a phone called to go from the Bara Kahu area in Islamabad to G-9, where a man took him into the forest, Dawn news quoted the police as saying.

The suspect used a dagger to kill him, Superintendent of Police (SP) Saddar Malik Naeem said, adding that some people heard gunshot firing as well.

Khan's friend was also injured in the incident.

Apart from being a social media activist, Khan was also a freelance journalist. Soon after his killing, #Justice4MuhammadBilalKhan started trending on social media websites.

Several Twitter users said that his criticism of the Pakistan Army and the Inter-Services Intelligence (ISI) led to his killing.

"Pakistani activist and journalist Mohammad Bilal Khan was shot dead last night in Islamabad. Khan was known for his criticism of the all-powerful military and its notorious spy agency," a man said in a tweet.

The man's father Abdullah said his body had marks of a sharp tool. "My son's only fault was that he spoke about the Prophet," he said.

"The incident has created fear among people," he added.

A case was registered under various sections including the Anti Terrorism Act.