The 1971 war veterans of both Bangladesh and India once again got together to celebrate the victory. 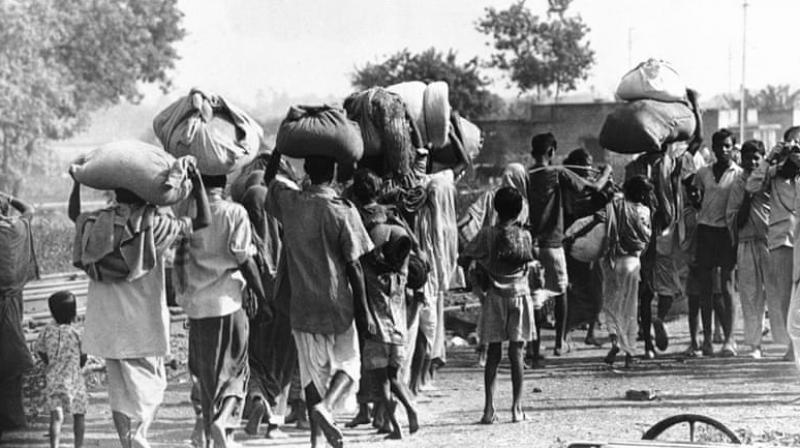 Officially three million people were killed during the nine-month-long war in one of the most heinous acts of genocide by Pakistani troops. (Photo: AP)

Dhaka:  Bangladesh on Saturday honoured 27 Indian war veterans as it celebrated 'Victory Day' marking its emergence as an independent nation following the 1971 Liberation War against Pakistan.

A 31-gun salute marked the occasion while President Abdul Hamid and Prime Minister Sheikh Hasina placed wreaths at the National Memorial at suburban Savar in a pre-dawn ceremony with army bugles playing the 'Last Post' while thousands followed them as the nation paid homage to the 1971 martyrs and heroes.

Mr Hamid later joined as the chief guest a parade of armed forces and other state-owned organisations at a ceremony, also attended by the premier at the National Parade Square in the capital.

The 1971 war veterans of both Bangladesh and India once again got together to celebrate the victory.

Twenty-seven 1971 war veterans from India and four serving officers arrived in Dhaka on December 14 to join the celebrations on invitation of the Bangladesh government.

Bangladesh Army Chief General Abu Belal Muhammad Shafiul Huq hosted a reception for them also attended by some Russian military veterans who aided Bangladesh in demining its coastline after the war.

Retired Lieutenant General Jai Bhagwan Singh Yadava, who took part in the 1965 war against Pakistan and the 1971 Liberation War, led the Indian delegation.

"The delegation will also pay homage to Father of the Nation, Sheikh Mujibur Rahman at the Bangabandhu Memorial museum, and 1971 martyrs placing wreaths at 'Shikha Anirban' (Flame Eternal) at Dhaka cantonment and visit some of the battle sites of Liberation War," an official familiar with the visit said.

An Indian High Commission statement said reciprocal visits by Bangladeshi freedom fighters (FFs) and Indian war veterans on Victory Day started in 2005 and over 300 Bangladeshis and 150 Indians have joined celebrations in Kolkata and Dhaka respectively since then.

As part of the celebrations streets and buildings in the capital and other major cities were illuminated overnight.

The war in 1971 began after the sudden crackdown at midnight on March 25 that year in erstwhile East Pakistan by Pakistani troops and ended on December 16 as Pakistan conceded defeat and unconditionally surrendered in Dhaka to the allied forces comprising Bengali freedom fighters and the Indian Army.

Officially three million people were killed during the nine-month-long war in one of the most heinous acts of genocide by Pakistani troops.