Asad Umar, who was involved in extensive discussions with the IMF to finalise a bailout package for the country, quit the Cabinet. 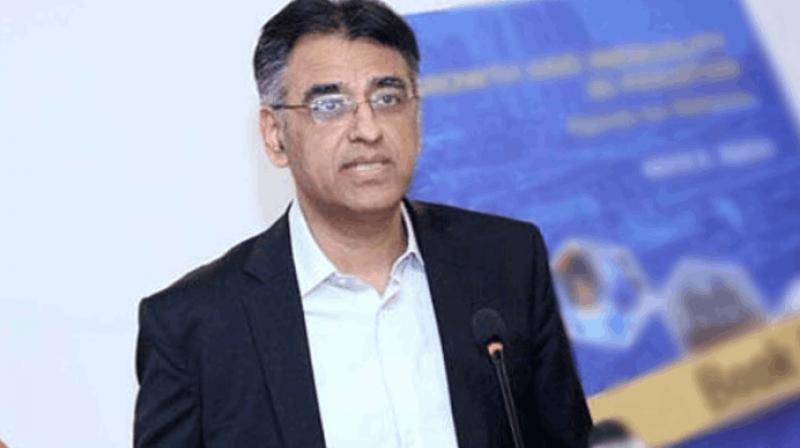 Islamabad: Pakistan's Finance Minister Asad Umar, who was involved in extensive discussions with the IMF to finalise a bailout package for the cash-strapped country, quit the Cabinet on Thursday after Prime Minister Imran Khan expressed his desire to shift him to the energy ministry.

Umar, who recently returned from a trip to the US in which the details of Pakistan's next International Monetary Fund bailout were finalised, said he has obtained the prime minister's consent "to not take any cabinet position".

"As part of a cabinet reshuffle, prime minister desired that I take the energy minister portfolio instead of finance," Umar said. "However, I have obtained his consent to not take any cabinet position."

Prime Minister Khan-led government and Finance Minister Umar in particular have faced mounting criticism by opposition parties, members of the business community and citizens over the handling of the economic crisis.

On Monday, the Pakistani media reported that a major reshuffle was on the cards in the Finance Ministry. However, Information Minister Fawad Chaudhry denied the reports of the reshuffle.

"There is no truth in reports regarding changes in posts of federal ministers. The prime minister has the power to change ministers and the media should play a responsible role on this subject," he tweeted.

Cash-strapped Pakistan is seeking USD 8 billion from the IMF to bail itself out from a severe balance-of-payments crisis that threatens to cripple the country's economy. Pakistan has so far received a total of USD 9.1 billion in financial aid packages from friendly countries like China, Saudi Arabia and the UAE during the current fiscal year.

Finance Minister Umar said earlier this month that a mission of the IMF would visit Islamabad soon after the spring meetings of the World Bank Group, which includes the IMF, and an agreement should be signed by the end of this month.