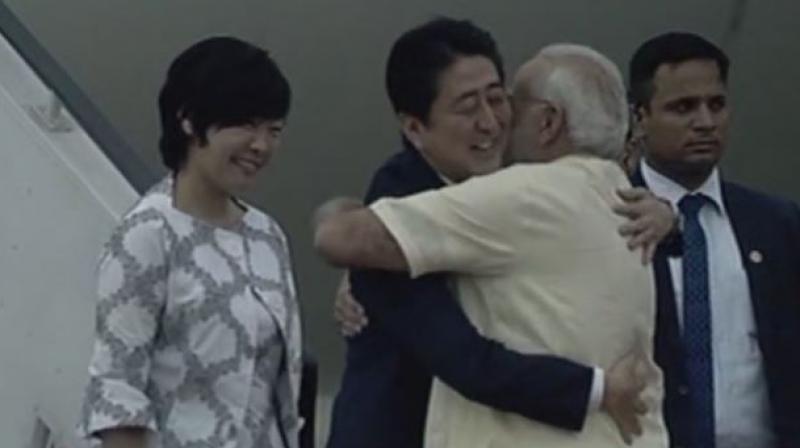 Chinese state-run media, Global Times in an editorial said, “India should be wary of being misled by Japan in confronting China, while Tokyo benefits from New Delhi's face-off with Beijing”.

However, the editorial lacks to describe, how Japan would be benefited from India-China face-off. China has been luring India for the high-speed train project, 80 per cent funded by Japan’s Shinkansen group under five-year construction plan.

Chin has been curios with India’s infrastructure development agenda as the Global Times taunting in the editorial said, “India's infrastructure is where China's was 20 years ago”.

Failing to get the opportunity of building India’s maiden high-speed train, the Chinese media said in the editorial that “Beijing has developed trade and investment ties with European, Asian and African nations. The BRI is a culmination of China's growing economic footprint and is definitely not an illusion”.

Meanwhile, earlier on Friday, Chinese Foreign Ministry spokesperson Hua Chunying in and official statement said, “Any third party should respect the efforts made by China and India to settle the disputes through negotiation”.

China expressed its dissatisfaction over Japan's investment plan in northeast India as the former shares a border with India along Arunchal Pradesh, which angered it as joint statement failed to mention Beijing’s reference.

Similarly, “Any third party should not meddle in the disputes between China and India over territorial sovereignty in any form,” Chinese foreign ministry added.