The Taliban claimed the more deadly of the two assaults, a coordinated attack on police in the southeast city of Gardez in Paktia province. 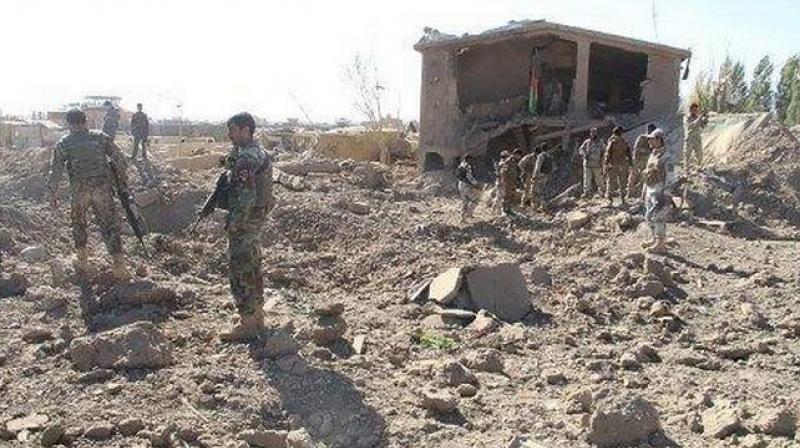 Afghan security personnel walk at the site of a suicide attack at a police training centre in Gardez, capital of Paktia province. (Photo: AFP)

Gardez, Afghanistan: Two separate suicide and gun attacks on police and soldiers in Afghanistan left at least 71 dead and nearly 170 wounded on Tuesday in the latest devastating assaults on beleaguered security forces.

The Taliban claimed the more deadly of the two assaults, a coordinated attack on police in the southeast city of Gardez in Paktia province.

That assault killed 41 people and injured 158, according to the interior ministry, and left hospital officials calling for blood donations. There were desperate scenes as relatives queued for news of loved ones after the hours-long battle.

A separate ambush blamed on the Taliban in the neighbouring prov-ince of Ghazni killed 25 security officials and five civilians with 10 wounded, the interior ministry said.

Afghanistan’s Army and police, on the front line against the Taliban since foreign combat forces pulled back in December 2014, have suffered shocking casualties over the past year.  “The hospital is overwhelmed and we call on people to donate blood,” said Shir Mohammad Karimi, deputy health director in Gardez, who put the number of wounded there at more than 200.

Doctors and nurses rushed to attend to the wounded women, children and police filling the corridors where some bodies also lay. Outside, university students formed a queue to donate blood, a photographer said.

The attack, claimed by the Taliban in a tweet, began when two suicide bombers driving an explosives-laden truck and a Humvee blew them up near the training centre, which is close to the Paktia police headquarters.