Pakistani Prime Minister Imran Khan made a sweeping cabinet reshuffle on Thursday after only seven months in power. 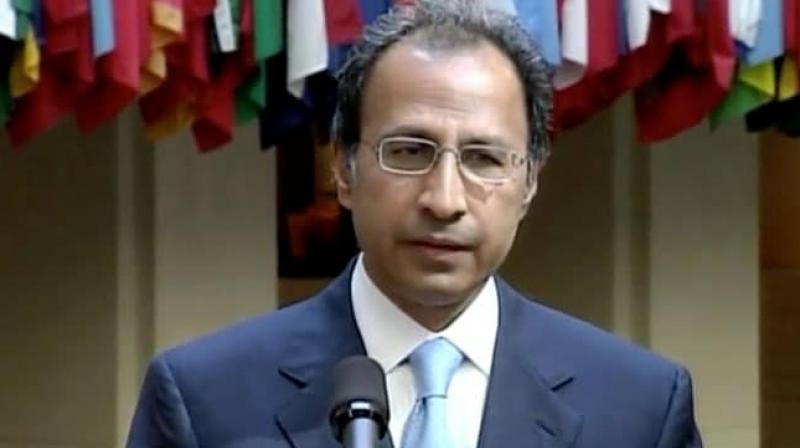 Abdul Hafeez Shaikh, who already served as finance minister from 2010-2013, has been appointed as 'Adviser on Finance' but will be heading the finance ministry once again. (Photo:File)

Pakistan is on the brink of signing up for it 13th International Monetary Fund (IMF) bailout since the late 1980s in a bid to stave off a balance of payments crisis and ease ballooning current account and fiscal deficits.

Imran Khan's government inherited a wobbly economy but the former cricketer has come under intense criticism for failing to fulfil his promises that he would steady the ship and bring prosperity to Pakistan.

Imran Khan late on Thursday announced 10 ministerial appointments in a shakeup that included the departure of Finance Minister Asad Umar, who has been a close ally to Khan for many years.

Abdul Hafeez Shaikh, who already served as finance minister from 2010-2013 under the opposition Pakistan Peoples Party when it was in power, has been appointed as "Adviser on Finance" but will be heading the finance ministry once again.

In Pakistan it is common for financial experts to be given the title of "adviser", rather than federal minister, to head the finance ministry when they are not a sitting member of parliament.

Earlier in the day Asad Umar, announcing that he would step down, said Pakistan would still go into an IMF programme but warned his successor that he faces a tough job ahead.

"No one should expect from the new finance minister that things could be better in three months' time," Asad Umar told reporters in capital Islamabad on Thursday afternoon.

"The next budget will be a difficult one," he added, referring to annual spending plans for the financial year ending June 2020 due to announced in May.

Asad Umar, who had been asked to quit on Wednesday night, said he still strongly believed Imran Khan was the best hope for the country.

Influential Information Minister Fawad Chaudhry has been moved to the science and technology ministry, while retired Brigadier Ijaz Ahmed Shah has been appointed as Interior Minister. Energy expert Nadeem Babar has been appointed to lead the petroleum ministry.

Imran Khan was widely expected to turn to a steady hand to replace businessman Asad Umar, who was the former chief executive of Engro, Pakistan's biggest private conglomerate.

Abdul Hafeez Shaikh, a US-educated economist who worked at Harvard University, also spent many years working for the World Bank and had also been the privatisation minister during the government of former military dictator General Pervez Musharraf.

Speculation that Asad Umar would be replaced had been rife for months, with some business groups and investors unhappy with Umar's strategy of seeking short-term loans from allies such as China and Saudi Arabia instead of finalising an IMF rescue package after Khan assumed power in August.

Imran Khan's government has got temporary relief from allies, including China and Saudi Arabia, who offered short-term loans worth more than USD 10 billion to buffer foreign currency reserves and ease pressure on the current account.

Asad Umar has been leading negotiations with the IMF but has faced criticism over a worsening economic outlook on his watch, with inflation at a five-year high and the local rupee currency down about 35 percent since Dec 2017.

The central bank last month cut growth estimates, forecasting the economy to expand 3.5 to 4 percent in the 12 months to the end of June, well short of a government target of 6.2 percent. The IMF paints a gloomier picture, predicting growth of 2.9 percent in 2019 and 2.8 percent next year.