China on Friday said it was ready to hold a Wuhan-style summit meeting with India this year. 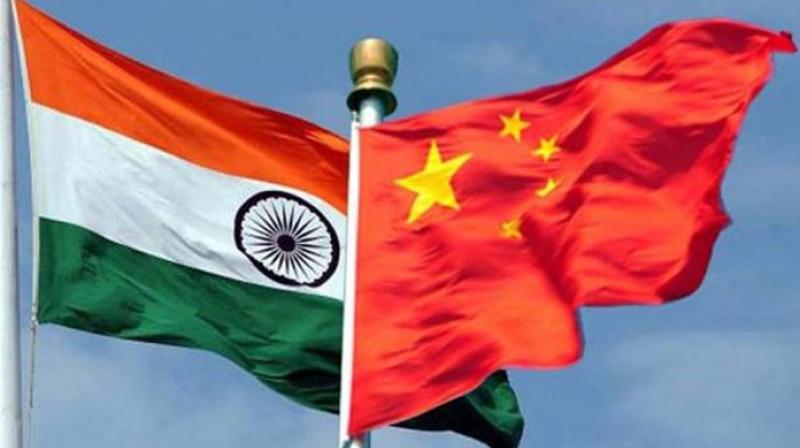 Wang said so far 37 heads of state and governments had confirmed their participation in the BRF. (Photo:AP)

Beijing: China on Friday said it was ready to hold a Wuhan-style summit meeting with India this year, notwithstanding India's reported decision to boycott its 2nd Belt and Road Forum to be held here next week to protest over its sovereignty concerns over the China-Pakistan Economic Corridor (CPEC).

Addressing a media conference here ahead of the Belt and Road Forum (BRF) being held from April 25-27 to showcase China's trillion-dollar Belt and Road Initiative (BRI), Chinese Foreign Minister Wang Yi made an impassioned appeal to India to shed its opposition to the USD 60 billion China-Pakistan Economic Corridor (CPEC) as it no way "undermined" basic position on the Kashmir dispute.

Leaders of Pakistan and Nepal are among the countries from the neighbourhood who would take part in the BRF meeting being held here from April 25-27. India has already signalled to boycott the BRF like it did in 2017 to highlight its objections over the CPEC.

The CPEC which has been officially designated as a flagship project of the BRI, has become a stumbling block for India to take part in it as the controversial project is being laid through Pakistan-occupied Kashmir.

India has already protested to China over the CPEC violating its sovereignty and boycotted the first BRF held in 2017. Indian Ambassador to China Vikram Misri told Chinese state-run Global Times last month that "above all, connectivity initiatives must be pursued in a manner that respects sovereignty, equality and territorial integrity of nations. No country can participate in an initiative that ignores its core concerns on sovereignty and territorial integrity".

"Particularly they have established mutual trust between the leadership and they jointly planned for the future of improvement and strengthening of China-India relations."

After the Wuhan summit, we see all areas or progress between the two countries and we have bright prospect for this relationship. We are now preparing for the next summit of our leaders," he said without specifying any time line.

Xi plans to visit India for the 2nd such summit after the general elections, currently underway, are over. Wang said China and India were two major countries, besides being neighbours.

"It is natural for us to have differences. This is only natural. I remember Prime Minister Modi mentioning many times that we cannot escalate our differences into disputes. Indian side wants to put our difference at proper level and it would not for it to interfere in the development of our relations," he said.

"I believe this is in the fundamental interest of the people of the two countries and that is what China is happy to see," he said. "One of our differences is how to look at the BRI. The Indian side has their concerns. We understand that and that is why we have stated clearly on many occasions that the BRI including the CPEC is only an economic initiative and it does not target any third country and has nothing to do with the sovereign and territorial disputes left from history between any two countries," he said.

The BRI is a multi-billion-dollar initiative launched by Chinese President Xi Jinping when he came to power in 2013. It aims to link Southeast Asia, Central Asia, the Gulf region, Africa and Europe with a network of land and sea routes.

"India has its basic position on these disputes. Our cooperation will not undermine any party's position on those issues," Wang said, apparently suggesting that it would not alter even Pakistan's position on the disputed status of the Pakistan-occupied Kashmir (PoK).

China for its part has been maintaining that Kashmir dispute is left over from history and it should be resolved between India and Pakistan.

"Now we are trying to achieve common prosperity through the cooperation under the BRI. Those issues left over from history must be separated from our efforts in this area.

"I think such cooperation will not undermine your basic position on sovereignty and territorial integrity and at the same time provide you with more opportunities of development and help India in your modernisation endeavour. I believe this is a good option and good choice for India," Wang said.