Makki was given the charge of the head of Jamaat-ud-Dawah after Saeed was put under house arrest by Pakistan's Punjab government. 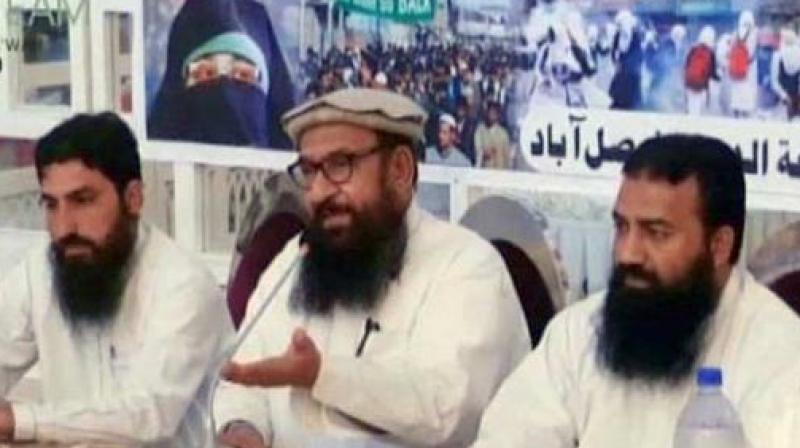 Faisalabad: Pakistan continues to mislead the world about its so called crack down on terrorism, however a glaring contrast to this claim came to light in a video accessed by ANI wherein one of the masterminds of the 2008 Mumbai terror attack addressed reporters in Pakistan's Faisalabad and beseeched them to highlight and foster unrest in Kashmir.

In a video posted on YouTube on June 17, the Mumbai terror attack mastermind can be seen urging reporters to take up and spread the cause of 'Kashmir independence'.

"We turn to you (the journalists) as you have the power of pen and media. Through your talk shows you can do a lot (for this cause). So we urge the journalists here to wield there power and the experience they have garnered in the field and join the cause of Kashmir independence," Makki is seen as saying in the video.

He was given the charge of the head of Jamaat-ud-Dawah, which in February rebranded itself under the banner of Tehreek Azadi Jammu Kashmir (TAJK), after Saeed was put under house arrest by Pakistan's Punjab government. The move came after reportedly facing pressure from Washington.

Meanwhile, the Lahore High Court on Monday is likely to announce its verdict on a petition regarding Saeed's detention.

Saeed and his four aides challenged their house arrest, as well as the addition of their names in the Fourth Schedule of the Anti-Terrorism Act (ATA), in the Lahore High Court.

They were put under house arrest on January 30 invoking Section 11EEE of Anti-Terrorism Act 1997.