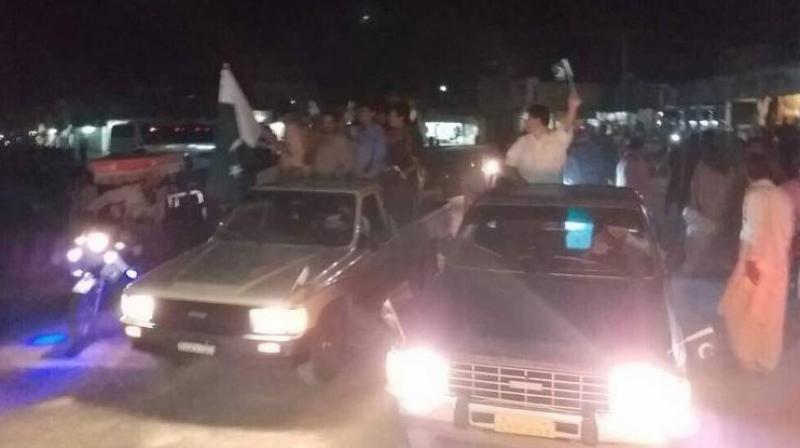 Islamabad: Pakistan army has mocked India after the country's resounding victory in the Champions Trophy cricket final, sharing photos of celebrations in restive Balochistan with a caption "To whom it may concern'. Lay off".

Pakistan's media showered praise on the country's cricket team for its remarkable victory against archrival India to clinch its maiden Champions Trophy title.

"The stars aligned for Pakistan on a bright Sunday in South London when they cut their old rivals down to size to win their maiden Champions Trophy crown," The News said.

"And this is Our Balochistan. 'To whom it may concern'. Lay off," he wrote along with photos. The pictures were apparently in response to Prime Minister Narendra Modi's Independence Day speech last year in which he had raised the issue Pakistan's atrocities on people of Balochistan and Pakistan-occupied Kashmir.

Ghafoor also posted a video showing people in Srinagar purportedly celebrating Pakistan's victory over India. "And this is.........Srinagar!!" he wrote. In another tweet, he said, "Valiant soldiers of Pakistan congrat Team Pak & Nation. United we shall defend Pak against all threats our enemies hatch."