Officials reported 22 new cases in Beijing on Saturday, along with five others elsewhere in the country 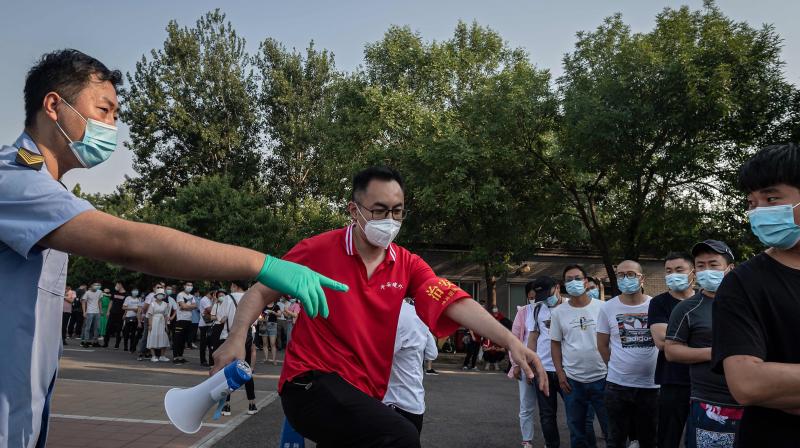 Workers (L and C) guide a group of people wearing face masks as they wait in a queue to test for COVID-19 coronavirus, in Beijing on June 19, 2020. (AFP)

Beijing: China’s capital has recorded a further drop in new confirmed coronavirus cases as tightened measures to contain the spread remains in place.

Officials reported 22 new cases in Beijing on Saturday, along with five others elsewhere in the country. No new deaths were reported and 308 people remain hospitalized for treatment for COVID-19.

One of the Beijing cases is a nurse at a hospital in the suburban Changping district. The Peking University International Hospital where she worked is now under tightened restrictions, along with residential communities in the surrounding area.

A total of 205 people have been diagnosed with the virus in Beijing since the outbreak began last week, with at least two of them critically ill and 11 others in serious condition.