Chinese daily also said, 'India should be careful and not let religious nationalism push the two countries into war'. 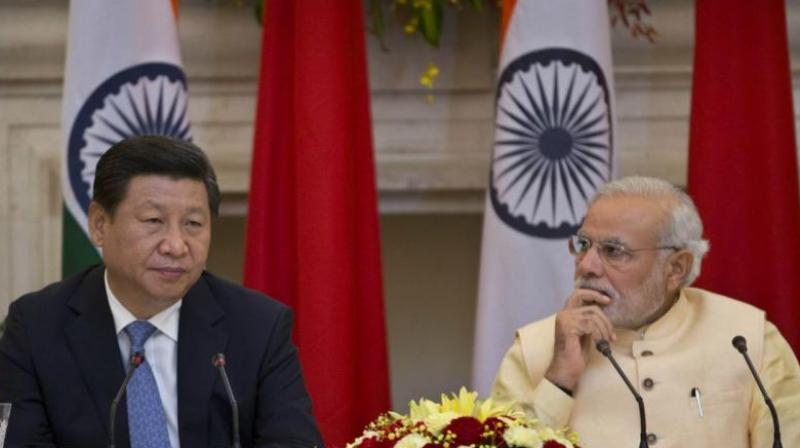 Beijing: With the upsurge of nationalism, the anti-China sentiments are rising in India, Chinese daily on Thursday said, adding that Modi government is to be blamed for the border dispute at the Sikkim between neighbours.

The editorial said, “Modi on one hand, has enhanced his prestige and ability to control the country, but on the other, has made India more subject to the influence of conservatives, thus hampering reform.”

The Chinese daily also said the Modi government is a complete failure in curbing violent incidents against Muslims since he came to power in 2014.

Asking New Delhi to be careful, the editorial which is known for its harsh stance said, “India should be careful and not let religious nationalism push the two countries into war”.

It said, “India harbours deep strategic suspicion toward China. It considers China as a rival and a potential enemy. For a long time, it has hyped that China is pursuing what is called the ‘String of Pearls’ to encircle India.”

India who has long haul border dispute with Pakistan, the tougher foreign relations of New Delhi, has trained its guns to China and therefore, ‘the border row this time is an action targeted at China that caters to the demand of India's religious nationalists’.

Underestimating India, the daily claimed China to be superior in strength and wisdom, it said, “India is weaker than China in terms of national strength, but its strategists and politicians have shown no wisdom in preventing India's China policy from being kidnapped by rising nationalism”.

The daily said, the Sino-India 1962 war inflicted people are still lingering pain and have been stuck in a zero-sum mentality in dealing with China.

Reiterating its reason for the standoff at Sikkim, it said, “China's development is seen as a misfortune to India. The faster China grows, the more fearful they are.”

Singing on the tunes of the China’s foreign ministry, Chinese daily blamed New Delhi for Sikkim provocation and urged India to withdraw its troops from alleged territory of China.

Since June 2017, India and China’s military are on standoff in Sikkim over border dispute, wherein the tri-junction Doklam area between India-Bhutan-China which belongs to Himalayan state is allegedly claimed by China as their territory.